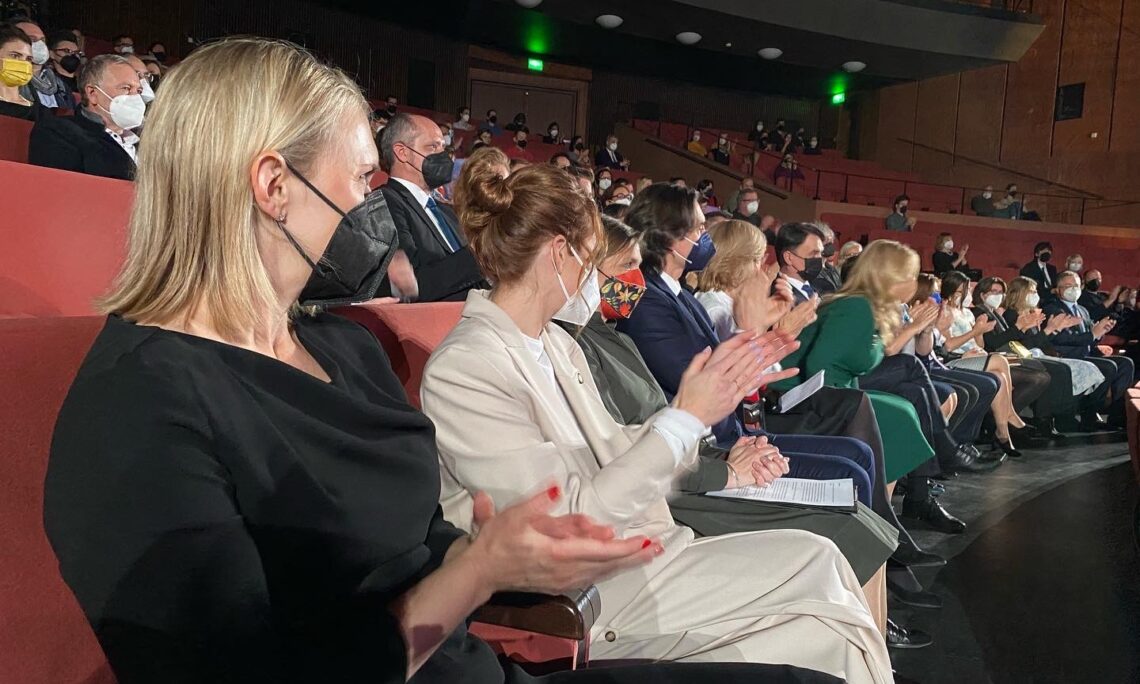 The White Crow is a prestigious award given to people who perform courageous acts to defend truth, justice, and the public interest. The award ceremony is held annually on November 17, the Day of the Fight for Freedom and Democracy marking the anniversary of the Velvet Revolution.

White Crow was founded in 2008 by the NGOs Fair-Play Alliance and VIA IURIS, who awarded it jointly until 2018. Since 2019, the organization of the award has been taken over by Bystriny (“Currents”), a civic association led by anti-corruption activist Zuzana Wienk. Bystriny supports regional civic initiatives, communities and, activists across Slovakia, motivated by the need to restore trust in institutions and within Slovak society. Since 2008, the White Crow has been awarded to 29 laureates.

For the first time, three women received the White Crow Award in 2021.

The first award recipient was Ms. Lenka Ticháková, an independent municipal leader in Varín. She was the first to be recognized at the 2021 White Crow awards for her work to change a street name in her municipality named after the Former President Jozef Tiso, who oversaw the mass deportation of Jews starting in 1940. Ms.Ticháková scoured historical archives, worked with history experts, and pushed to change the street’s name to Kamence. Her work to recognize the former president for the damage he inflicted on the people of Slovakia instead of honor him as a hero by naming this street after him, has been met with criticism from many members of her community who believe that he was a Slovak hero despite being convicted for ‘state treason, betrayal of the antifascist partisan insurrection and collaboration with Nazism” by the Czechoslovak National Court in 1947.

The second recipient was Director of the State Institute for Drug Control (SUKL), Zuzana Baťová. Mrs. Baťová, recently the victim of attacks for her push to require the European Medicines Agency’s approval of the Russian Sputnik V vaccine before approving for use in Slovakia. Under her leadership, SUKL concluded that the producer of Sputnik V had not submitted the data needed for them to adequately evaluate the safety of the vaccines. Mrs.Baťová faced unprecedented media and political pressure for her work in this field, including death threats. She did not cave to the pressure, however, and received this award in recognition of her professionalism and contribution to Slovak health care during the pandemic.

The final award recipient was psychologist Sona Holúbková, whose work over the last thirty years has significantly contributed to the welfare and independence of Slovaks with disabilities.

We congratulate the winners of these awards and wish them well in their ongoing fight for a better Slovakia.