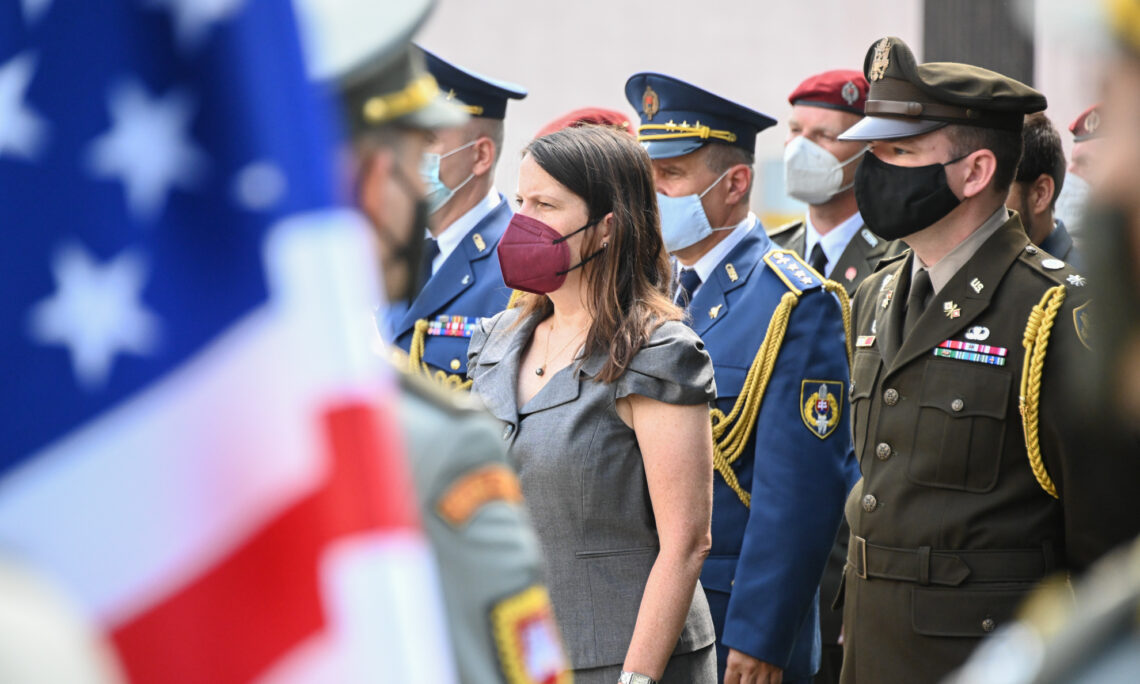 The memory of the American and British Special Forces, who came to support the Slovak National Uprising and were executed by the Nazis, was honored today by Charge d´affaires of the US Embassy in Slovakia Natasha Franceschi, British Ambassador Nigel Baker, State Secretary of the Ministry of Defense Marian Majer, and Mayor of Polomka Ján Lihan. Members of both armies came to Slovakia in 1944 to coordinate material aid for the SNP and rescue their pilots, who were shot down by the Nazis.

„Today we remember and honor the sacrifices of American and British special forces operatives who joined the Slovak National Uprising, who were captured in these hills, and who were later tortured and executed in a Nazi Concentration Camp at Mauthausen in 1945,” said Chargé d’Affaires Natasha Franceschi. “Just as Americans, Britons, and Slovaks fought together here in 1944, we will continue to defend our community of values as Friends, Partners, and Allies,“ she added.

In August 1944, teams from the U.S. Office of Strategic Services (OSS) and British Special Operations Executive (SOE) personnel arrived in central Slovakia to work with Slovak resistance fighters in liberating Slovakia from Nazi occupation. As the uprising faltered, Tri Duby airfield was lost and Banska Bystrica was bombed, forcing the U.S. teams to flee toward Soviet lines. The OSS personnel separated into three small groups, one of which took refuge in Polomka, where they met up with their SOE counterparts. They found shelter in a small cabin on a hill above the town where they celebrated Christmas with their Slovak colleagues. The next day the cabin was overrun by a force of 300 Nazi troops including Slovak collaborators. The entire team at the cabin was captured and sent to Mauthausen concentration camp. Fourteen Americans and three British agents were shot after long interrogations and torture. War Correspondent for Associated Press Joe Morton was among the victims.