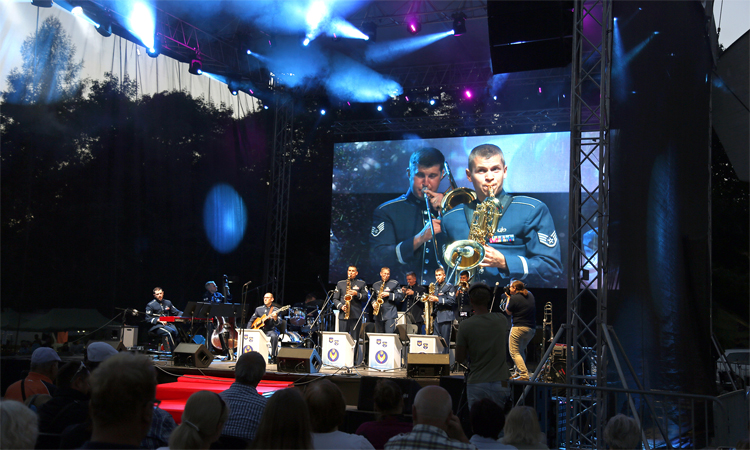 USAFE’s twelve-piece jazz band “The Ambassadors” visited Slovakia from August 29-30 for performances in Banska Bystrica and Bratislava. On August 29, the band took part in the Slovak National Uprising commemoration in Banska Bystrica, which celebrates Slovak resistance against the Fascist Slovak State and German occupying forces during WWII. The band performed a number of jazz standards from the WWII era for an audience of approximately 500. The following evening, the group performed for a similarly-sized audience on Bratislava’s main square. This program served to remind Slovaks of America’s participation in the SNP uprising, one of the defining events in Slovakia’s historical consciousness, and to reinforce our continuing military partnership, particularly through NATO.