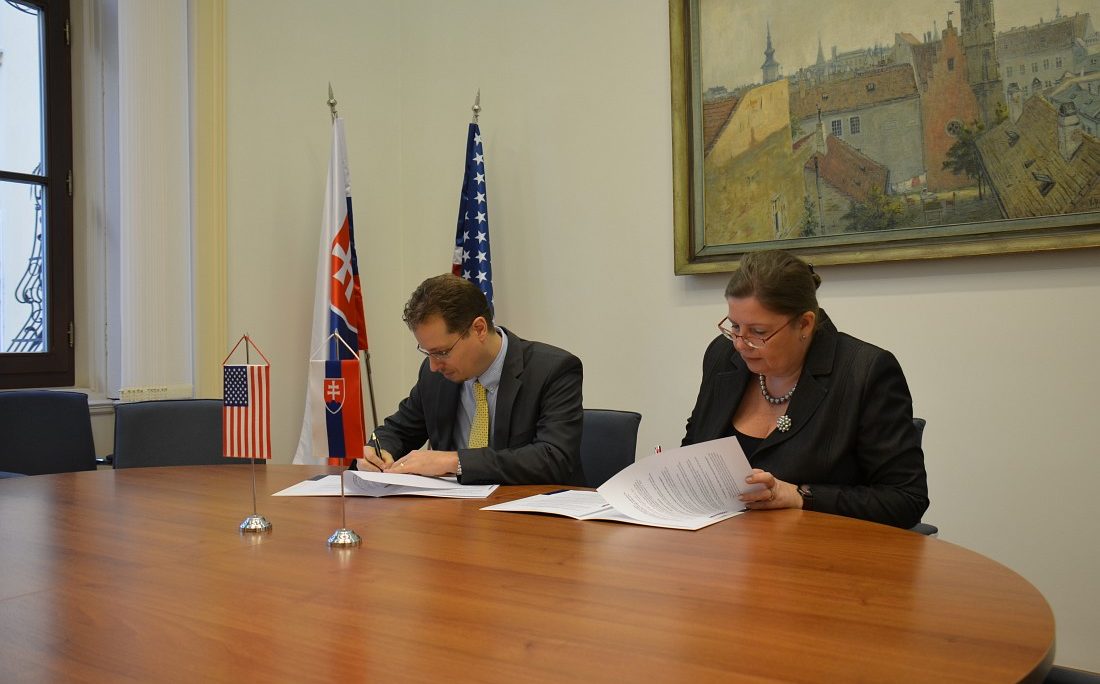 On January 17, 2017, General Director of the University Library in Bratislava, Silvia Stasselova, and the Embassy’s Public Affairs Officer, Jason Khile, signed an updated memorandum of understanding to continue hosting the information and cultural center, InfoUSA Bratislava, for an additional three years. These partners have jointly operated the InfoUSA center since February 2005. Among the many programs hosted at the center have been photo, poster and book exhibits, a series of American films, speaker programs, Election discussions, workshops, the Embassy’s Youth Advisory Council and Face2Face sessions, and other events to promote a better understanding of the United States.