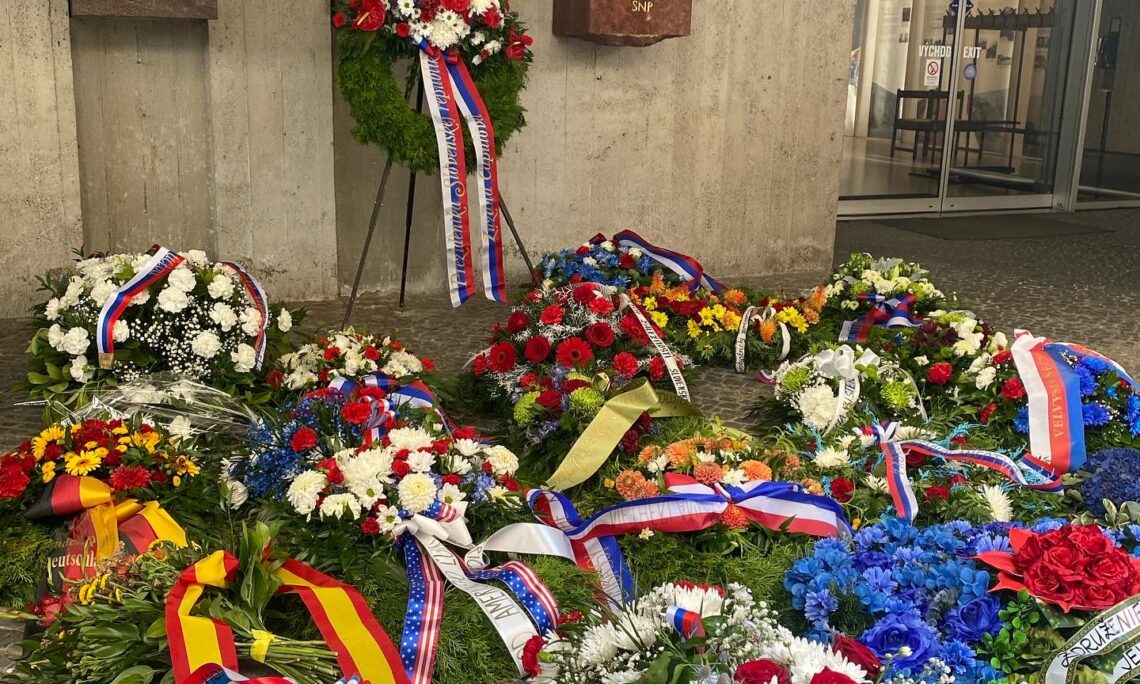 On the night of August 2 almost 3,000 Roma women, children, elderly, and sick were murdered in Auschwitz-Birkenau concentration camp.  Reports of just how many people were killed vary, but estimate that 300,000 – 500,000 Roma were murdered in Europe during WWII by the Nazis, including an estimated 1,000 in Slovakia by the Slovak State.  Europe commemorates these deaths each year on August 2nd  on Roma Holocaust Memorial Day.

In Slovakia, an event, titled “Ma Bisteren Peske Te Leperel!” (“Let’s Not Forget to Remember!”), is organized by the Government Plenipotentiary for Roma Communities, Jan Hero, in cooperation with civic association In Minorita. Acting Deputy Chief of Mission Jennifer Bosworth, commemorated the Roma lives lost at the event, saying,  “We must never forget the human toll and suffering caused by hate and intolerance! Standing alongside Roma Plenipotentiary Jan Hero and Slovak government officials, I was honored to pay tribute to hundreds of thousands of Roma killed during the Holocaust.  As we commemorate the Roma Holocaust, we vow not to relent in our fight against racism and hate, and in efforts to ensure the Roma community lives free from discrimination and poverty.  Ma Bisteren!”