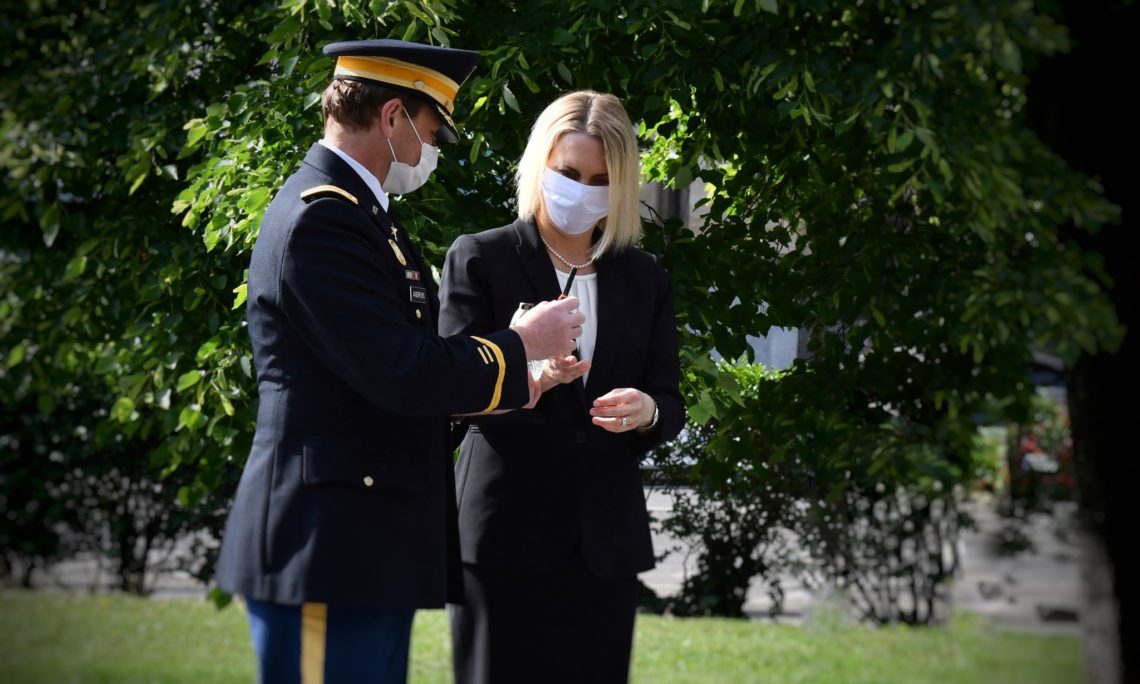 May 8th, 2020, BRATISLAVA –  U.S. Ambassador to Slovakia, Bridget Brink and the Embassy Defense Attache, Lieutenant Colonel Jakub Andrews, paid tribute to Allied troops with a 9​ am candle lighting at Bratislava’s SNP Square to commemorate the 75th Anniversary of Victory in Europe.
“Seventy-five years after Victory in Europe, we are grateful to all Allied soldiers, sailors, pilots and citizens who fought to end fascism in World War II. Even today, their courage inspires us to support the enduring Transatlantic values ​​of freedom and democracy,” stated US Ambassador Bridget Brink.
The U.S. Embassy sponsored several other activities to mark the anniversary.  The U.S. State Department prepared a video that captures events of the past 75 years across Europe, including the Central European region.
The video can be found here: https://youtu.be/w4kEtejIeAw