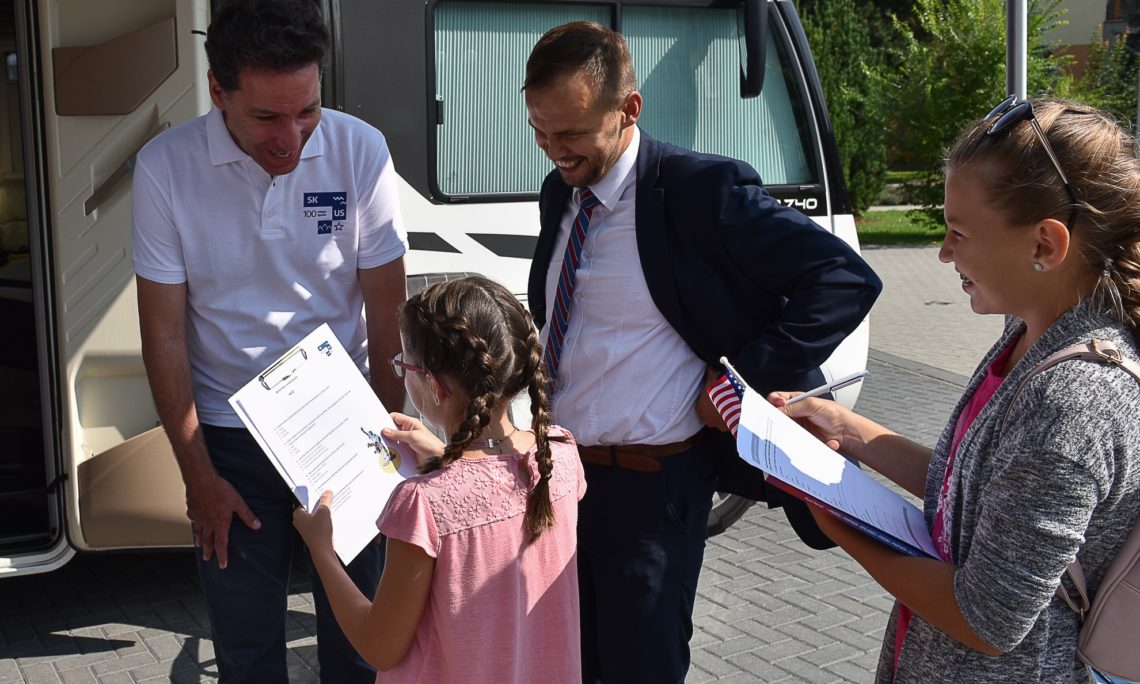 In August of 2018, I spent a hot and memorable evening on the town square in Sabinov.  As part of our embassy’s caravan tour of 26 towns across Slovakia, we were screening a film about how rock ‘n’ roll helped bring down communism.   I spoke after the film to some of the citizens of Sabinov who remembered 1989.  Some were in tears as they described memories of their struggle against communist repression – through rock music or other means.  This discussion had special emotional resonance for me because it took place just meters from where Czechoslovak filmmakers shot the Oscar-winning film “Obchod na Korze,” which portrayed the Slovak State’s campaign against its own Jewish citizens.  This coincidence  reminded me of how often Slovaks have had to fight for freedom.

As I prepare to end my assignment as ambassador to Slovakia this summer, this encounter in Sabinov typifies my most meaningful memories of Slovakia.   I will forever admire the Slovaks I saw take to the streets last year to demand a decent society.   I will remember how, on one of the first days of national mourning for Jan and Martina, I was not in Bratislava, but in Stara L’ubovna, where I joined local citizens in lighting memorial candles.  Those residents of Stara L’ubovna asserted the same values that Slovaks courageously asserted in 1998; and before that, in 1989, in 1968, in 1944 and in 1918.

These are the values that bind Slovaks and Americans in our relationship as Friends, Partners, and Allies. They are the values that we honored together when U.S. Secretary of State Pompeo visited the Gate of Freedom memorial in Devin in February.  We are committed to those values, and we will defend those values so that the next generation of Americans and Slovaks can build upon the peace, stability, and prosperity that our shared membership in the Transatlantic community of democracies has created.

These values are not new. Two hundred and forty three years ago this week, the United States of America declared its independence based on the principles that all people are created equal, that all people have the right to liberty and the pursuit of happiness, and that any government must defend these basic rights and values.  Thirty-years ago, Czechs and Slovaks sent the same message when they took to the streets during the Velvet Revolution and cast off a government that failed to respect their rights.  As I prepare to depart Slovakia, I know that this shared love of freedom, and the shared courage to defend and nurture it, will continue to sustain our relationship for generations to come.