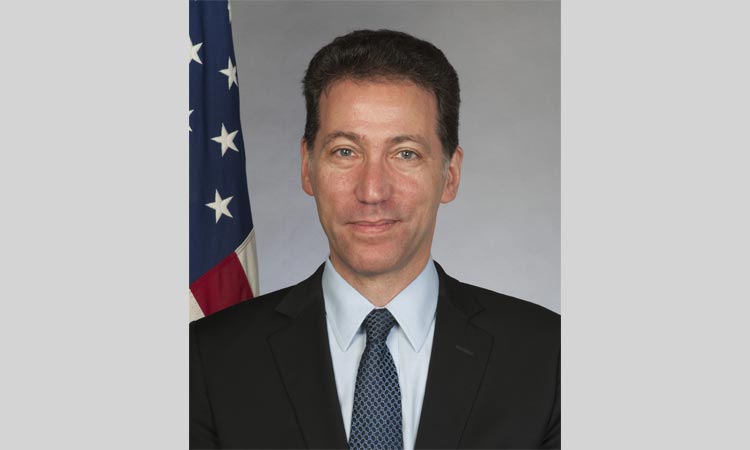 Like everyday citizens, nations enter into agreements with the expectation that all parties will live up to their end of the bargain. In arms control treaties, it is especially important that all sides comply, as these agreements concern our safety and security – even our very existence.

The Intermediate-Range Nuclear Forces (INF) Treaty, signed in 1987, prohibits the United States and Russia from possessing ground-launched ballistic and cruise missiles with ranges between 500 and 5,500 KM in order to diminish the risk of nuclear war. In the early years of this historic treaty, both sides collectively destroyed more than 2,600 missiles, eliminating an entire class of weapons.

Unfortunately, that was then and this is now. Russia is cheating on the INF Treaty. Russia started its covert program to violate the INF Treaty probably by the mid-2000s and now has fielded multiple battalions of an illegal missile that flies to ranges prohibited by the INF Treaty. Substantial evidence leading to this conclusion was accumulated over time.

Rather than rush to judgment, the United States pursued diplomacy for more than five years—starting in 2013—to return Russia to full and verifiable compliance. The goal of the United States was, and remains, to preserve the INF Treaty; however, Russia never chose to engage in a sincere or substantive manner. Russia instead chose to lie about the existence of the illegal missile, while continuing to produce, test, and eventually field the missile.

Russia stuck with its original lie until late 2017, when the United States revealed the Russian name— “9M729” – for the banned weapon. Russia then pivoted to a new lie, admitting the missile it tried to keep secret for years does exist, but falsely claiming it is compliant with the INF Treaty.

The United States has worked aggressively to bring Russia back into compliance. We tried an integrated strategy of diplomatic, economic, and military measures. We tried to dissuade Russia from going down this path, and offered them opportunities to change course. When these measures failed to change Russia’s behavior, President Trump announced on October 20, 2018, that the United States would terminate the INF Treaty. Then on December 4, Secretary Pompeo announced at the NATO Foreign Ministerial in Brussels that Russia is in material breach of the Treaty and, as a remedy, the United States would suspend its obligations under the Treaty in 60 days unless Russia returns to full and verifiable compliance. All NATO Allies, including Slovakia, agree that Russia is in material breach of the Treaty.

Russia has responded to this final opportunity to fix the problem it created with hollow calls for dialogue, half-measures, and threatening rhetoric. At a January 15 meeting in Geneva, Russian officials continued to trot out the lie that it is not violating the Treaty.

Throughout all of this, the United States has remained in scrupulous compliance with the Treaty. In spite of Russia’s violations, the United States has exercised the utmost patience and effort in working to convince Russia to adhere to the terms it swore to uphold. In contrast, Russia’s material breach of the INF Treaty fits into a broader pattern of malign activities and disregard for international law and global stability.

Russia’s violation of the INF Treaty is not its only arms control violation. Russia is also in violation of its obligations under the Chemical Weapons Convention, the Conventional Armed Forces in Europe Treaty, and the Open Skies Treaty. The international community must focus on the serious hazards such treaty violations pose to the integrity of arms control as a way to reduce risk and increase stability.

Russia’s INF Treaty violation presents a direct security threat to the United States and our allies in NATO and around the world, by conferring a military and political advantage to Russia if the violation is not reversed or countered.

We cannot turn our heads away from Russian noncompliance. If we accept Russia cheating here, it would undermine all arms control efforts around the world. Complacency with cheating risks complicity. The signal sent to others is that noncompliance carries no costs or consequences. That is the wrong message to send.

Moscow calculated it could have both the Treaty and its banned missile. The United States made clear that Russia had a choice of one or the other. The clock has been ticking more than five years for Russia to see the error of its way, reverse course, and have the security that comes from the certainty and confidence of returning to compliance with the INF Treaty. Time is running out for Russia to do the right thing.