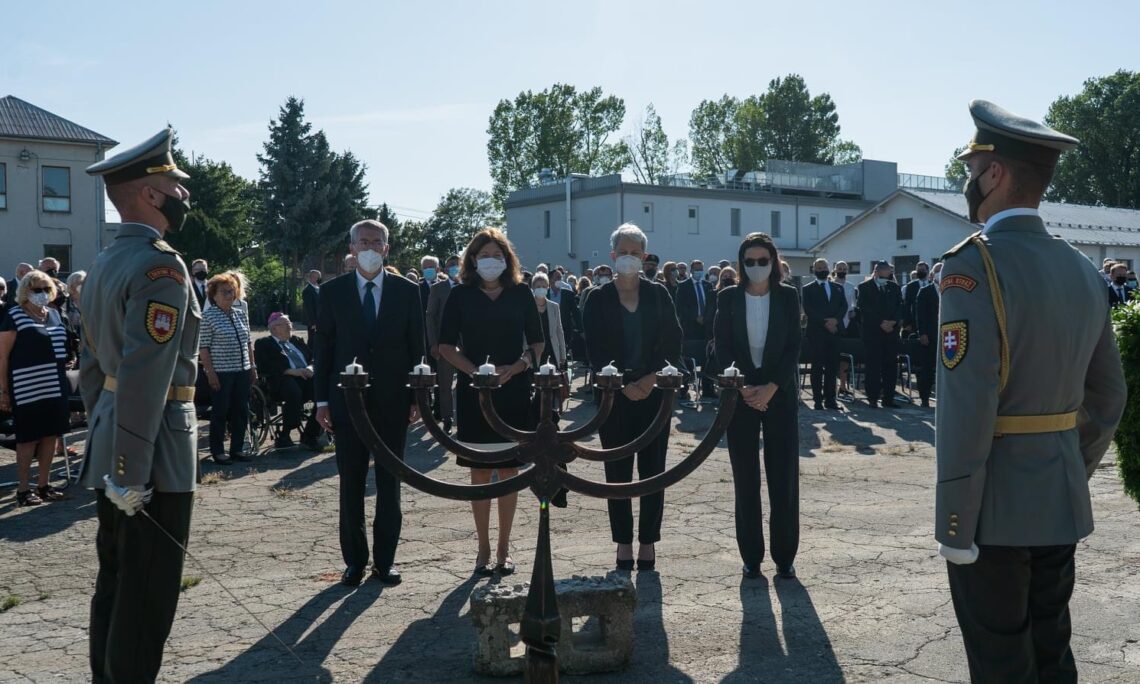 9th of September is observed as Memorial Day for victims of the Holocaust and racial violence throughout Slovakia. This day is connected to September 9, 1941 when the Slovak state ratified so called Jewish Codex. This Codex was a series of laws and regulations that stripped Slovakia’s 80,000 Jews of their civil rights and all means of economic survival and, in effect, placed them beyond the bounds of law and society. The government press – the only press in Slovakia at the time – boasted that the Codex was even more severe than the Nazis’ Nuremberg Laws.

The expulsion of Slovakia’s Jews to the death camps that began six months later, in March 1942, was the natural outcome of the Codex. After taking their property and leaving them without money, the fascist Slovak leadership of the time paid the Nazis 500 Reichsmarks in exchange for each expelled Jew and a promise that the deportees would never return to Slovakia. The decision by Slovakia to initiate and pay for the expulsion was unprecedented among the satellite states of Nazi Germany.   In exchange, the Germans permitted Slovakia to retain all confiscated property.  After Germany invaded the country in August 1944 to crush the anti‑fascist Slovak National Uprising, another 13,500 Jews were deported, and hundreds more were murdered by Nazi and Slovak fascist special forces.  An estimated 68,000 to 71,000 Slovak Jews were murdered during World War II (WWII), comprising more than 80 percent of the pre-war Jewish population.

This year, the Slovak government issued an apology for the Jewish Codex right before September 9th, a welcome declaration in advance of the day of remembrance.  The U.S. embassy participated in all major commemorative events. H.E Ambassador Bridget Brink attended the commemoration, “Unforgotten neighbors,” held at the Šaštín Stráže synagogue, as well as the wreath laying ceremony with Holocaust survivors, representatives of the National Council of Slovakia, the government and members of diplomatic corps at the Holocaust Memorial located in the center of Bratislava’s Old Town, on the site of the former Neolog Synagogue (demolished in 1969). Public Affairs Officer Tamara Sternberg-Greller attended the wreath laying ceremony at the Holocaust Museum Sereď alongside President Zuzana Čaputová, foreign dignitaries and several Holocaust survivors.