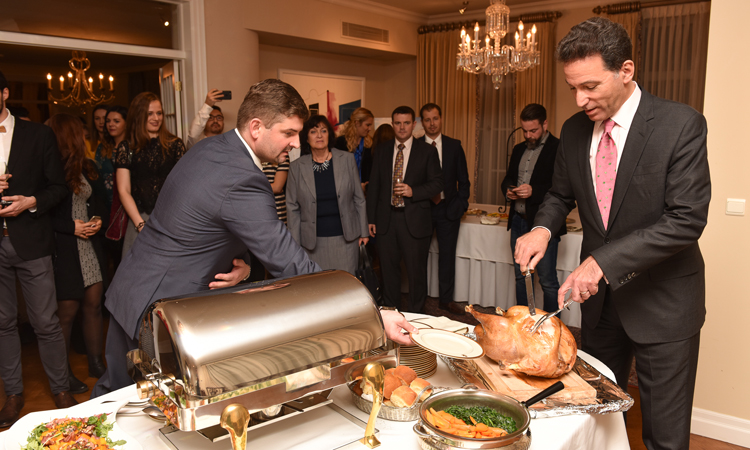 Twenty four-hour news broadcaster TA3 and state newswire TASR covered the Embassy’s third annual Summer Work and Travel (SWT) Thanksgiving dinner and photography contest, hosted by Ambassador Sterling at the Chief of Mission Residence (CMR). Approximately 25 finalists from the Embassy’s SWT photo contest as well as representatives from local SWT agencies came to the CMR for a traditional Thanksgiving dinner and for the award of an iPad to Michal Tarabik, whose photo of Zion National Park’s night sky won the most votes on the Embassy’s Facebook page. Ambassador Sterling highlighted SWT’s successes in building lasting personal ties between Americans and Slovaks, pointing out that Slovak participation in the program is among the highest in the world on a per capita basis. Over 2,500 Slovak students visited the United States through SWT in 2017 and the Embassy received over 200 entries in this year’s Facebook photography contest.