Home Domov | News & Events | Slovakia, the United States, and the Courage to Be Free 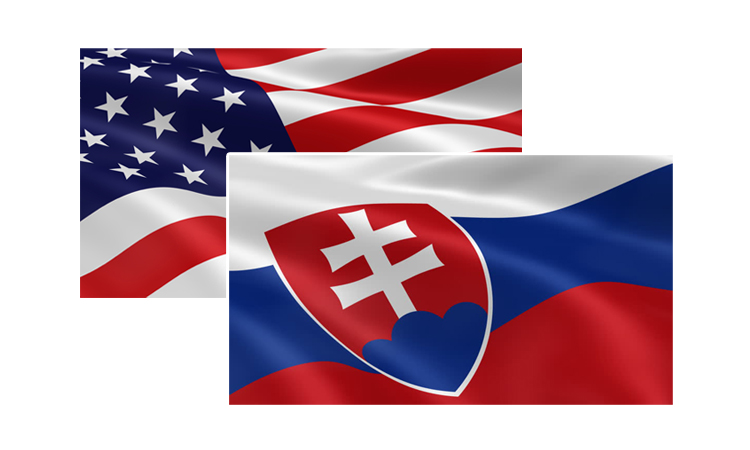 On New Year’s Eve 1992, thousands of Slovaks gathered on SNP square in Bratislava, counting down the minutes to the start of 1993—and with it, the birth of the Slovak Republic. Alongside thousands of jubilant Slovaks stood an American named Paul Hacker, Consul General of the United States. As the celebrations continued into the early morning hours, he walked back to his office in what was then the U.S. Consulate to begin the hard work needed to open the United States’ newest Embassy. In the intervening twenty-five years, Slovakia has found stability, prosperity, and security through the hard work of its people, the energy and commitment of its civil society, and the strategic vision of its leaders. This is a tremendous achievement, and it comes following nearly a century of struggle on the part of ordinary and extraordinary people who had the courage to be free.

The United States is proud to be part of this history, with roots stretching back to at least the early 20th century. In 1918, Slovaks took their first steps toward independence with the creation of a sovereign Czechoslovakia following World War I. The emergence of this first democracy in central Europe owed much to Slovak and Czech expatriates in the United States. Inspired by America’s founding documents and democratic model, they called for an independent homeland for their countrymen in Europe in the Cleveland Agreement of 1915 and the Pittsburgh Agreement of 1918. Together with the inclusion of a free Czechoslovakia in President Woodrow Wilson’s famous Fourteen Points of 1918, these agreements set the stage for the creation of a free and independent Czechoslovakia. For Slovaks, this marked the first step out of the shadow of empire and towards unprecedented control of their own destiny.

Although that freedom was interrupted, the Slovak-American relationship endured. During World War II, American armed forces and special services assisted the heroes of the Slovak National Uprising in our shared quest to liberate Slovakia and the rest of Europe from Nazism. Following the Communist takeover of 1948 and the forced closure of the U.S. Consulate in Bratislava in 1950, our historic building on Hviezdoslavovo namestie remained U.S. government property and is remembered as beacon of democracy during decades of Communist rule.

As Communist regimes fell across Europe in 1989 and Slovakia gained full independence in 1993, the United States stood with this country as it made the challenging transition from dictatorship to democracy and from a command economy to the free market. Vladimir Meciar’s exit from power in 1998 paved the way for closer political and economic partnership, as well as Slovakia’s membership in NATO, which continues to guarantee its sovereignty and security. This guarantee of stability, together with Slovakia’s membership in the European Union and the Eurozone, has propelled economic growth and integration into the western community of nations.

Since then, Slovakia and its leaders have reiterated time and again their commitment to a European future – one that provides a high standard of living, guarantees free travel throughout the Schengen zone, offers education opportunities across the continent, and opens new doors to investment and economic cooperation with its European and trans-Atlantic partners.

As we look back over the past 25 years of Slovakia’s independence, and indeed over the long course of U.S.-Slovak relations that have so fundamentally influenced the character and destiny of Slovakia, we can be proud of what this country has achieved. Its people have overcome tremendous obstacles to forge an independent identity and to exercise their rights as a free and sovereign country. The future holds great promise for Slovakia as a secure, sovereign, prosperous member of Europe and of the broader transatlantic community of nations. I am honored to represent the United States as we celebrate Slovakia’s accomplishments in 2018 and look forward to our shared future as friends, partners and allies.