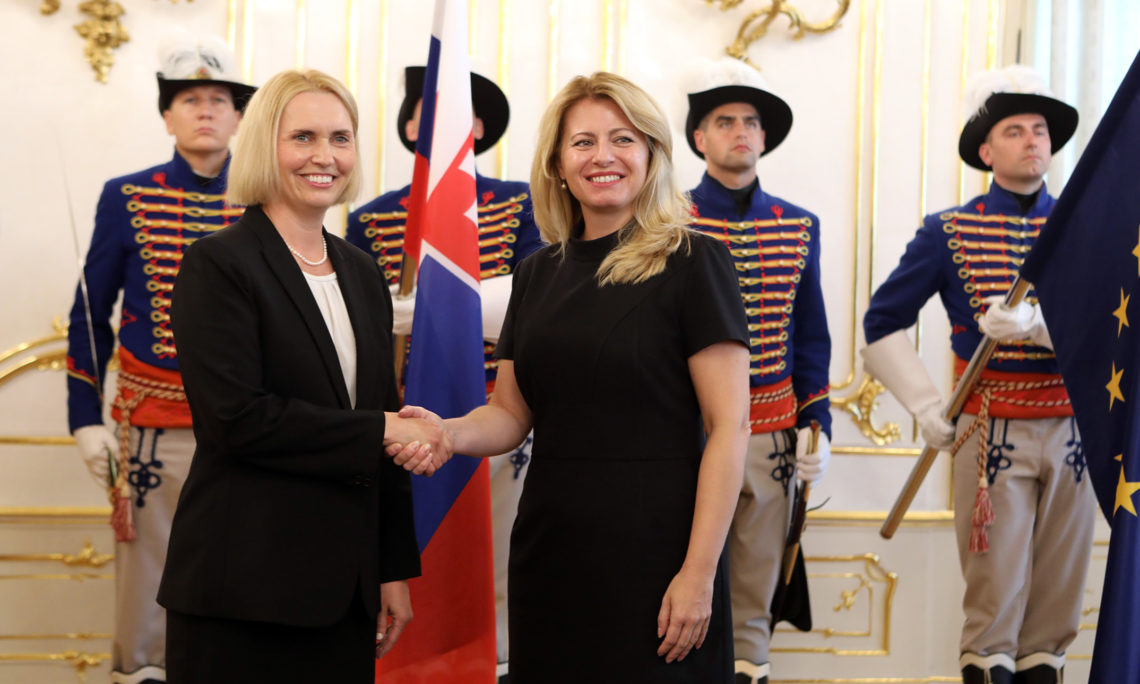 “It is with a deep love of country and a family spirit of resilience and creativity that I am so humbled and excited to lead our talented team in Slovakia to advance our shared values and interests.”  On August 20, 2019 Bridget A. Brink presented her letter of credence as President Donald J. Trump’s representative to the Slovak Republic to President Zuzana Caputova.  Upon President Caputova’s acceptance of her credentials, Ambassador Brink officially began her duties.  The ceremony at Bratislava’s Grassalkovich Palace witnessed three historic “firsts” in the U.S.-Slovak relationship:

The day before her official credentialing ceremony with President Caputova, Ambassador Brink met Minister of Foreign Affairs Miroslav Lajcak and delivered copies of her official letter of credence.  The Ambassador and Minister Lajcak discussed the strong U.S.-Slovak partnership, with Lajcak noting that “the United States is not only a strategic partner for Slovakia, but also a good friend and reliable ally.”