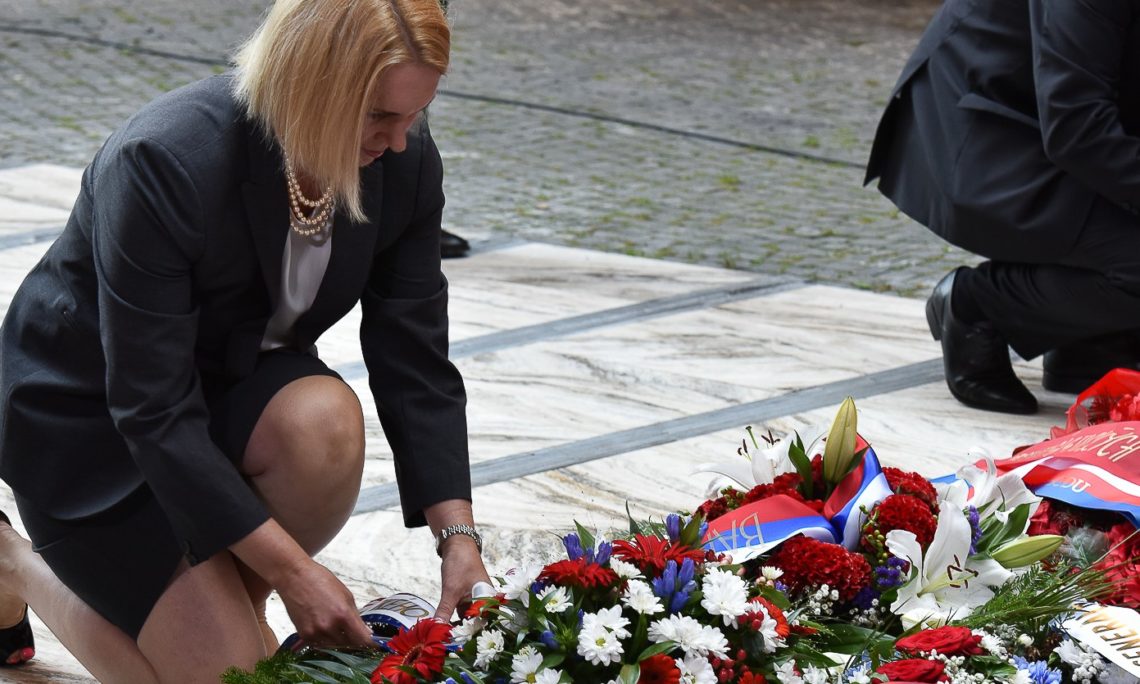 Today, I join President Trump and the American people in “marking the 75th Anniversary of the Slovak National Uprising, when brave Slovaks rose against Nazi occupiers to fight for freedom.” We remember the sacrifice and bravery shown by the Slovak people during the Uprising. And we are proud that American military personnel assisted Slovak and Allied fighters with material supplies, air support, and a covert operations mission.

For over 100 years, the United States and Slovakia have stood together as Friends, Partners, and Allies. As we remember this solemn anniversary, we recommit ourselves to the ideals of freedom and democratic governance that serve as the foundation of our Transatlantic partnership.