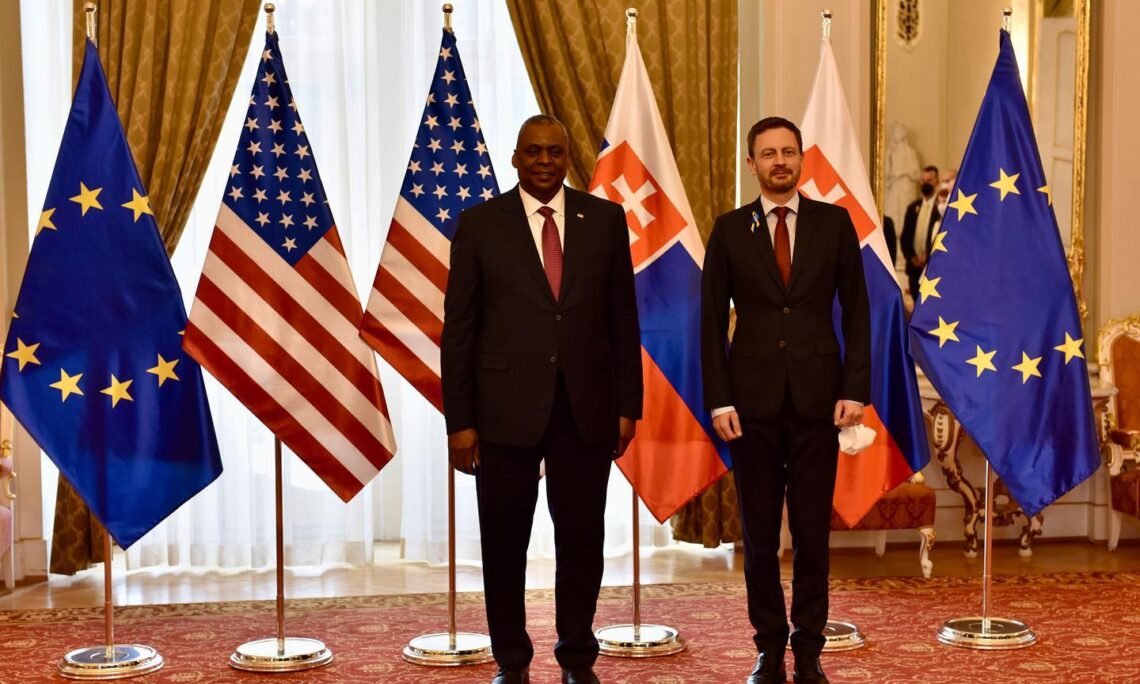 The U.S. Secretary of Defense last visited Slovakia 20 years ago, and this visit is the first since the Slovak Republic joined NATO.

Lloyd James Austin III was sworn in as the 28th Secretary of Defense on January 22, 2021. Mr. Austin is the principal assistant to the President in all matters relating to the Department of Defense and serves on the National Security Council.

His 41-year career in the Army included command at the corps, division, battalion, and brigade levels. Mr. Austin was awarded the Silver Star for his leadership of the Army’s 3rd Infantry Division during the invasion of Iraq in 2003.  Seven years later, he would assume the duties of Commanding General of United States Forces – Iraq, overseeing all combat operations in the country.

Minister of Defense of the Slovak Republic Jaroslav Naď welcomed the United States Secretary of Defense Lloyd J. Austin III to Slovakia. Both discussed many topics but mostly the situation in Ukraine. Secretary Austin confirmed: “The US commitment to NATO and Article 5 of the North Atlantic Treaty is steadfast.” One for all, all for one.

“We appreciate the assistance to Ukraine that the Slovak Republic provides without hesitation in the field of security and humanitarian aid. We are united in supporting sovereignty, territorial integrity and Ukraine’s right to defense.” U.S. Secretary of Defense Lloyd J. Austin III said at the reception of President Zuzana Caputova at the Presidential Palace.

At a meeting with Prime Minister Eduard Heger, Lloyd J. Austin III discussed the alliance in the Transatlantic Community and the important role that Slovakia plays. Secretary Austin reiterated that the United States would defend every inch of NATO territory, including its eastern flank.