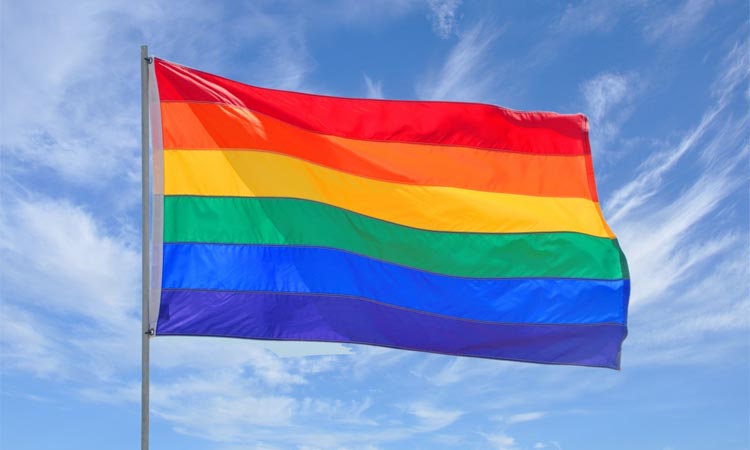 Support for human rights and democratic values has long been a top priority of the United States, in our own country and around the world. Respect for human rights is not only the right thing to do; it makes the world a safer place. As Secretary of State Rex W. Tillerson recently said, “when all persons are protected on the basis of equality and with dignity, global stability is strengthened.”

Respect for human rights is truly meaningful only when it applies to the most vulnerable of our fellow citizens. This is why the United States stands in solidarity with the LGBTI community and all those around the world who defend the human rights of the LGBTI community. These are the same human rights to which we are all entitled. I applaud the courage and dedication of the many Slovak NGOs working in this area.

On August 19, a rainbow flag will fly over the U.S. Embassy in Bratislava to represent the firm commitment of the United States to defending the human rights of LGBTI people. The rainbow flag was designed by American artist Gilbert Baker in 1978 and continues to serve as a symbol of the LGBTI movement. Its colors represent the diversity of the LGBTI community.

The same day, people from throughout Slovakia will come to Rainbow PRIDE Bratislava 2017 to march for the rights of LGBTI individuals. This event is a time for both reflection and celebration. It is a time for all human rights defenders to raise awareness about the value of diversity and the contributions LGBTI people make to society. The things that make us different also make us stronger, so we should celebrate these differences.

The first Pride march took place in New York in 1970 and Pride celebrations are now held every year around the world. Since that time, many LGBTI people in the United States and beyond have seen a steady confirmation of their legal rights and acceptance in society, though prejudice and discrimination still exist. In Slovakia, developing and implementing the LGBTI action plan envisioned in the national Human Rights Strategy will provide a roadmap to continue advancing the rights of LGBTI Slovaks.

I hope to see a large turnout at Rainbow PRIDE Bratislava 2017 for a peaceful and joyous event. I also hope in the coming years to see continued growth in respect for the rights of our fellow citizens in the worldwide LGBTI community. We will all be better off in a world where no one will face violence or discrimination because of their sexual orientation or gender identity.