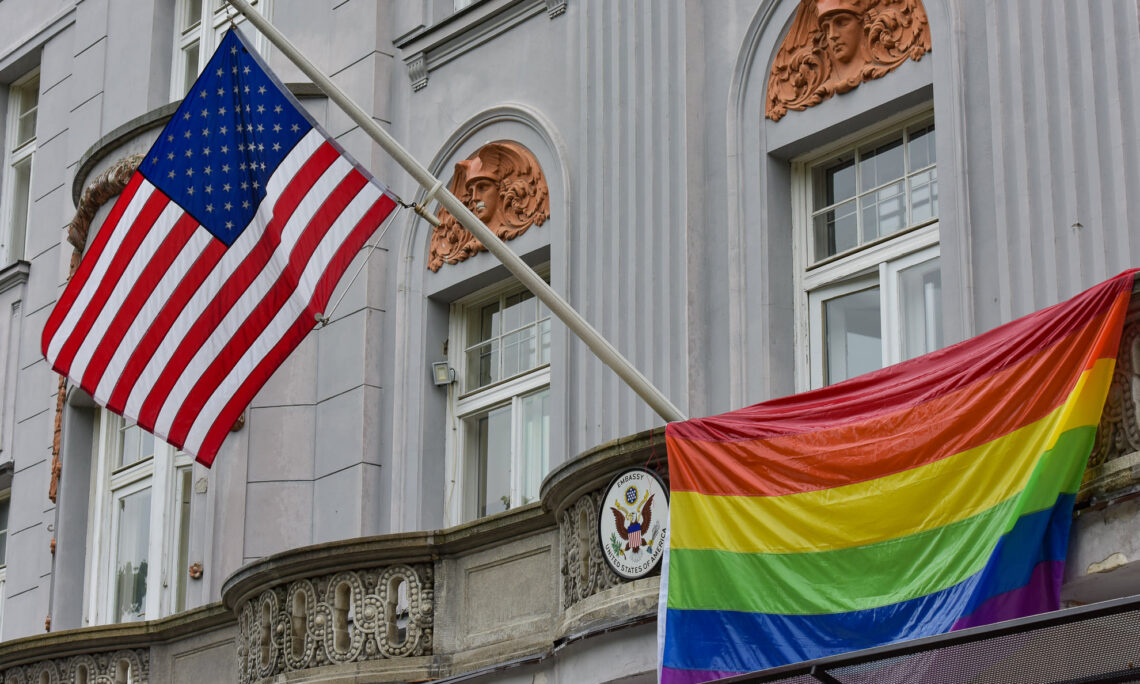 Bratislava, July 24 – As international friends and partners of Slovakia, we are united in reaffirming that all persons, irrespective of sexual orientation or gender identity, should fully be able to enjoy their human rights and fundamental freedoms. Together we celebrate Bratislava Pride on 24 July and Kosice Pride on 21 August, along with other Pride events. Pride serves as an important reminder of the valuable contribution of LGBTQI+ persons in all our societies as well as the need for greater tolerance.

The Universal Declaration of Human Rights states that everyone is entitled to human rights and fundamental freedoms. We stand by the universality of human rights and together underscore the shared value that everyone deserves to live in dignity. We respect, too, the principles of the Charter of the Fundamental Rights of the European Union, which enshrines the principle of equal treatment of all, including LGBTQI+ persons. Inclusion, human dignity, and equality are core values on which we must not compromise.

The pandemic has made it clear that we are all interconnected and must stand together. Our future successes depend on the ability of all people to realize their full potential. This can only be achieved in inclusive societies grounded in shared values of equality, respect, and freedom as well as support for democratic principles, human rights, and the rule of law. We welcome efforts to secure the human rights of everyone in the Slovak Republic, including LGBTQI+ persons, and we encourage tolerance and respect for all in Slovak society. Everyone deserves a safe environment free from fear, violence, and harassment. No one should be denied their true potential because of who they are or whom they love.

Embassy of the Argentine Republic

Australian Embassy and Permanent Mission to the United Nations

Embassy of the Republic of Bulgaria

Office of the Embassy of Canada

Embassy of Colombia in Vienna

Embassy of the Czech Republic

Embassy and Permanent Mission of Denmark in Vienna

Representation of the European Commission in Slovakia

Embassy of the Republic of Latvia

Embassy of the Republic of Lithuania

Embassy of Montenegro in Vienna

Embassy of the Netherlands

Embassy of the Republic of Slovenia

Embassy of the United Kingdom of Great Britain and Northern Ireland

Embassy of the United States of America