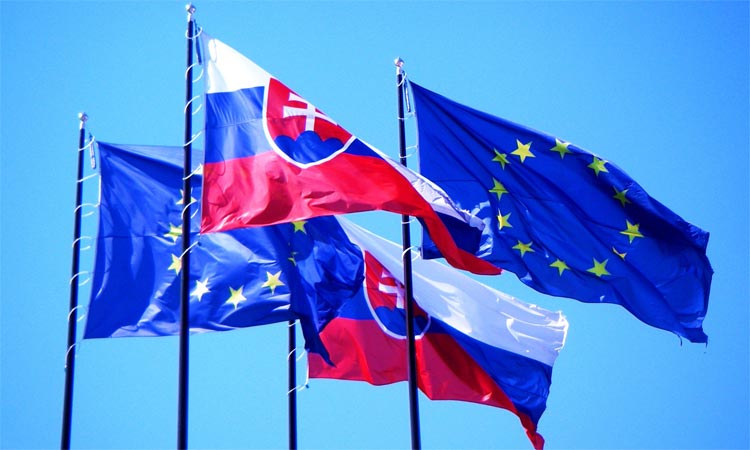 Together with our Slovak friends and partners, the U.S. Embassy marked one of the most meaniningful of Slovak public holidays on November 17: the day of Struggle for Freedom and Democracy. This day reminds us of the heroic struggles of ordinary Slovak and Czech students against Nazi occupation in 1939, and the calls for freedom and democracy in 1989 in Bratislava and Prague. As Slovakia looks towards its twenty-fifth anniversary of independence in just a few weeks, now is also a time to assess how well the dreams of those who fought for a free and sovereign homeland in Europe have been realized. I believe that the answer is “extremely well.” Slovaks must nevertheless remain vigilant to safeguard their hard-won security, prosperity, and independence.

The people of Slovakia deserve the credit for the remarkable progress that this country has made over the past twenty-five years. Their decision to cast Slovakia’s destiny within trans-Atlantic, European structures such as the European Union and NATO undoubtedly made those gains possible through the political, security, and economic ties they have created. Unfortunately, recent years have seen the growth of voices who seek to discredit the trans-Atlantic project and liberal democracy.

Slovakia’s political leaders, however, have made clear that only integration, cooperation, and democratic governance can assure the continued security and prosperity that Slovakia’s citizens expect and deserve. October’s joint statement by President Kiska, Prime Minister Fico and Speaker of Parliament Danko clearly and unambiguously expressed Slovakia’s committment to the European Union and NATO, which are the cornerstones of the trans-Atlantic project. In addition, Slovakia’s efforts to draw closer to the core of the European Union further demonstrates its political commitment to the future of Europe. In doing so, Slovakia’s political leaders are helping to secure this country’s future as part of a Europe that is whole, free and at peace.

I am also encouraged by the actions of Slovak citizens who are fighting to defend the hard-won gains of the past 25 years. Voters in November’s regional elections resoundingly rejected politicians who spread intolerance and fear and call for an end to Slovakia’s Euro-Altantic integration . Just like their parents and grandparents in 1939 and 1989, Slovaks in 2017 have declared that these individuals do not have the answers. When tried in the past, such answers have brought little more than misery.

On the cusp of its twenty-fifth birthday, Slovakia has much to celebrate. This happy anniversary is a good time to honor the efforts of generations of Slovaks who created a Slovakia that is free and prosperous today. Their legacy comes with a heavy responsibility to safeguard and build upon their achievements, but it is a responsibility that the vast majority of Slovaks – both political leaders and ordinary citizens – have accepted with enthusiasm. As we remember the accomplishments of Slovakia’s past, celebrate the achievements of its present, and look to build for its future, the United States is proud to stand with you, as we have since the beginning, as a friend, as a partner, and as an ally.