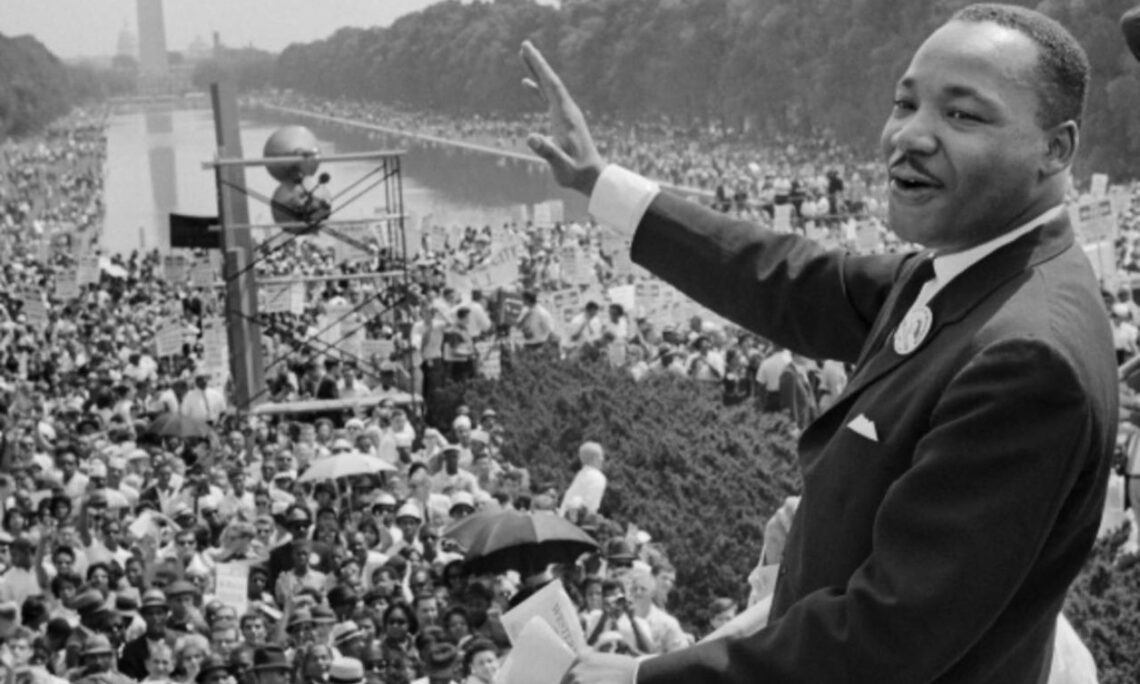 “American hero Martin Luther King, Jr. wrote that: “Whatever affects one directly, affects all indirectly. I can never be what I ought to be until you are what you ought to be. ” Today, as the United States pauses to honor the legacy of Dr. King, his words are truer now than ever before.  We are in this together – whether in striving for justice, standing up against intolerance, making our societies more inclusive, or defeating a pandemic. Please join me in reflecting on where we have been, where we hope to go, and what it will take to get there.”

MARTIN LUTHER KING DAY honors the life and legacy of one of the visionary leaders of the Civil Rights Movement and the recipient of the 1964 Nobel Prize for Peace. Americans observe the birth and accomplishments of Dr. Martin Luther King, Jr. on the third Monday of January. This federal holiday celebrates King’s invaluable contributions to promote racial equality in America. Born in Atlanta, Georgia on January 15, 1929, King gained considerable prominence during the Montgomery Bus Boycott that resulted from Rosa Park’s refusal to obey a city ordinance and give up her seat on a bus to a white person. Following King’s involvement in the boycott, his name became synonymous with the American civil rights movement. King gave his “I Have a Dream” speech in the summer of 1963, stating his people would not be satisfied “until justice rolls down like waters and righteousness like a mighty stream.” Less than one year later, President Lyndon Johnson signed the Civil Rights Act, ending segregation practices. King was influenced by Gandhi and the idea of non-violent civil disobedience as a means of enacting social change. He was assassinated on April 4, 1968, in Memphis, Tennessee outside of his motel room.

For a more in depth look at Martin Luther King Jr., his accomplishments and influence on the continued struggle for equality, click here, and view the video here or on the sidebar.

MAKE A DIFFERENCE & TAKE PART IN THE CONTINUED STRUGGLE FOR EQUALITY

The State of New Jersey Dr. Martin Luther King, Jr. Commemorative Commission will host a Virtual Youth Conference “Youth, We Hear You!” on Monday, January 18, 2021, 3:00 PM to 8:00 PM CET. The goal of the conference is to help young people identify their gifts, talents, and opportunities through a series of panels, workshops, networking, and other amazing opportunities that will be presented throughout the day. It will highlight the life and legacy of Dr. King in these challenging times, through sessions on “Justice Matters,” “Health Equity Matters, and “Dr. King’s Global Impact” with Consuls-General of India and Ghana, nations that Dr. King visited.