Home Domov | News & Events | Looking Back at the Obama Presidency 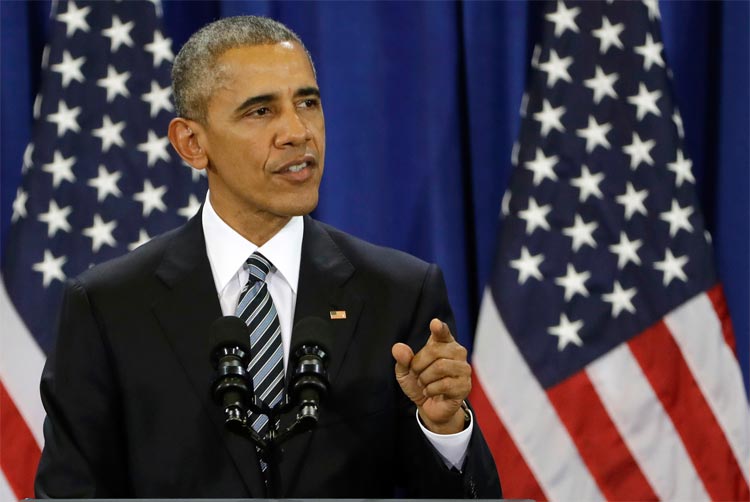 As the Obama Administration comes to a close, it’s important to look back at the past eight years to appreciate how far America and its global partners have come, as well as to better understand the challenges we will face over the coming years.

Today, America’s unemployment rate is 4.6 percent versus 10 percent in 2009. Our country has seen the longest streak of job growth on record, and wages have grown faster over the past few years than at any time in the past 40. And America’s economic growth and prosperity have fostered a stronger transatlantic economic relationship that has led to tangible benefits here in Europe: in 2015, U.S. imports from the EU totaled $426 billion – an increase of 37% since 2005.

On the security front, America has ended the war in Iraq and is working with its partners and allies to forge a lasting peace in Afghanistan. America is grateful to Slovakia and other NATO allies for their partnership in Afghanistan and in the Global Coalition against ISIL. In combating global terrorism, the United States and its allies have cut off terrorist finances, shrunk safe havens, and eliminated thousands of terrorists who will never again threaten our countries, notably Osama bin Laden.

The Obama Administration also scored significant successes in arms control, making the world a safer place. In April 2010, the United States and Russia signed a new Strategic Arms Reduction Treaty to reduce the number of deployed strategic nuclear warheads by two-thirds. In July 2015, the United States and its international partners signed the Iran Nuclear Deal to ensure that Iran’s nuclear program remains exclusively peaceful. The United States has also led global efforts to prevent nuclear materials from falling into the hands of terrorists through four nuclear security summits.

Separately, the United States and 193 other countries have signed the Paris Agreement, taking the world’s most significant step to date to address the growing threat we all face from global climate change. At the same time, the United States has doubled its production of renewable energy and become a world leader in green technology and innovation.

The United States has also cut its dependence on foreign oil by half. Our country is positioning itself to become an energy exporter in the coming years, opening opportunities for our partners in Europe and elsewhere to take advantage of these new energy sources to improve their energy security.

Yet, in spite of these accomplishments, many challenges remain. From the war in Syria and continuing terrorist atrocities to Russian aggression against its neighbors, from sluggish economic growth in much of the world to the continuing impact of climate change, the United States and its partners face a range of threats that will require close partnership and coordination. We must work together to make our countries more secure, prosperous, and resilient.

While we’ve had many ups and downs over the past eight years, key trends are unambiguously positive. It is with optimism and hope that we look forward to 2017, including the arrival of a new U.S. administration, and the opportunities and challenges the new year will bring us.