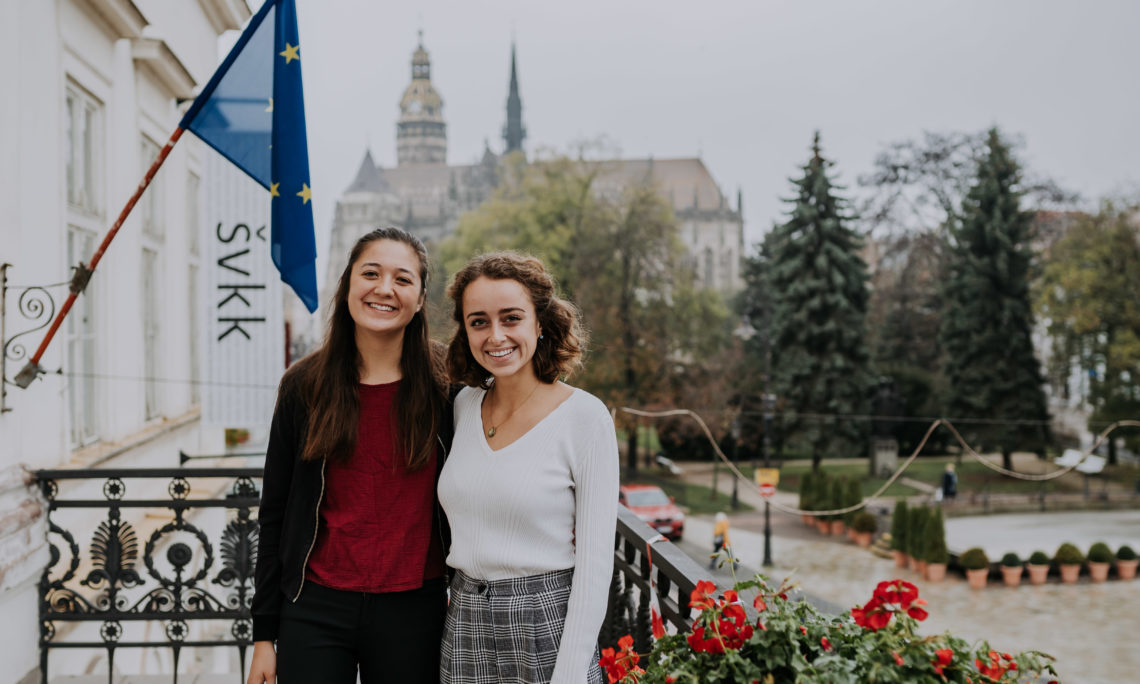 Loewen Cavill and Anna Kazlauskas from Massachusetts Institute of Technology visited Košice and Bratislava. They  engaged with Slovak girls and women to motivate and empower them to study and work in IT. Anna and Loewen said that age or gender have no limits for working in IT.  They claim that self-learning is essential, distance work possible and girls and women in IT are much needed. A big part of the program took place in American Centers: InfoUSA Kosice and InfoUSA Bratislava.  The speakers conducted four hands-on workshops for high school girls (groups of 15) as well as 2 workshops for adult women (groups over 20). They participated in roundtable discussions with representatives from local IT companies in both cities as well as in networking lunches and dinners with high school IT teachers, university professors, IT tech workers, as well as Slovak Government representatives.