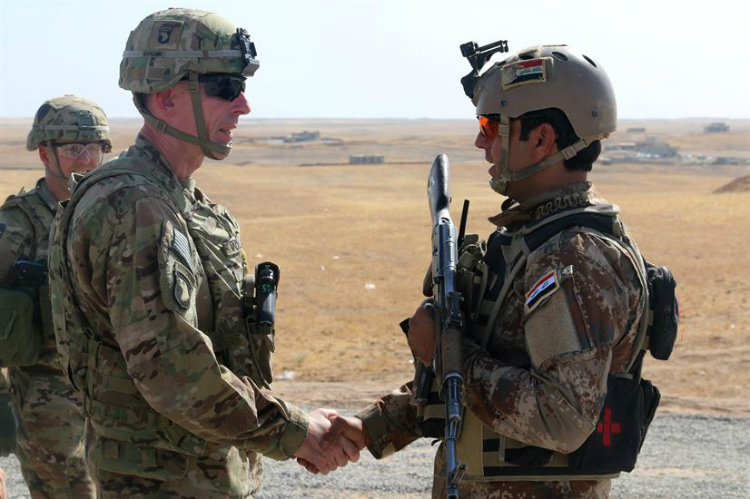 The Islamic State of Iraq and Syria (ISIS) is a threat to all countries that care about freedom, democracy, and human dignity.  The liberation of Mosul on July 10th was a major step toward defeating ISIS and eliminating this global threat.

The Global Coalition to Defeat ISIS includes 72 members, including Slovakia, the United States, and international organizations such as NATO and the EU.  The Coalition is steadily degrading ISIS through military victories in Iraq and Syria, disrupting its financial networks, countering its propaganda, and preventing the flow of foreign fighters.  The United States is grateful for Slovakia’s contributions to these efforts, which has included advice and training for Iraqi military personnel.

The progress against ISIS is significant.  Four million people have been freed from the terrorist organization and 65,000 square kilometers have been cleared.  Neither ISIS nor any other extremist group has retaken a single square kilometer that has been freed by the coalition. In Iraq, ISIS has lost 70% of the area it had previously controlled and 1.9 million people have returned to their homes. Fighting in the east side of Mosul ended about five months ago and already 220,000 people have returned to their homes and more than 300,000 children are back in school.

The progress in Iraq and Syria has been a joint effort in terms of humanitarian aid as well, with the world coming together to provide assistance to those affected by ISIS’s brutality.  For example, a Slovak humanitarian organization called MAGNA has been providing medical, nutritional, and social aid to children and families affected by disaster and crisis in Syria.  MAGNA also provides mobile health services in Syria and pays special attention to victims of sexual gender-based violence.

In Syria, we continue to work with our partners and allies liberate the town of Raqqa.  The task before us there is to ensure stability on the ground because, if we do not achieve stability in Syria, our progress in defeating ISIS may be undone.  The parties there must also work through a political process to achieve a settlement that charts a way forward for the Syrian people.

So while Mosul has been liberated, the fight against ISIS is not over.  The United States, Slovakia, and the entire Global Coalition will continue to support our regional partners until ISIS has been defeated and the suffering ends.