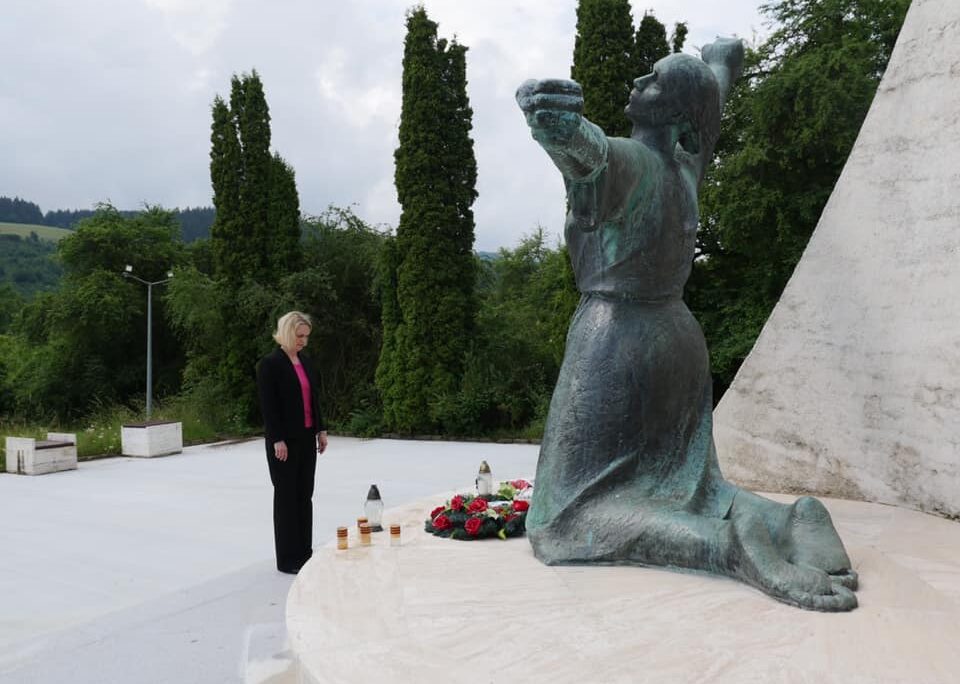 Ambassador Bridget Brink honored the memory of nearly 900 victims of Nazi aggression in Nemecke. In January 1945, German troops executed innocent villagers as part of a revenge campaign following the Slovak National Uprising.  This tragic event reminds us of the need to reject hatred and totalitarian ideologies.  We pay tribute to all the freedom fighters of the Slovak National Uprising and to all of the decent, ordinary Slovaks who fearlessly opposed fascist ideology.