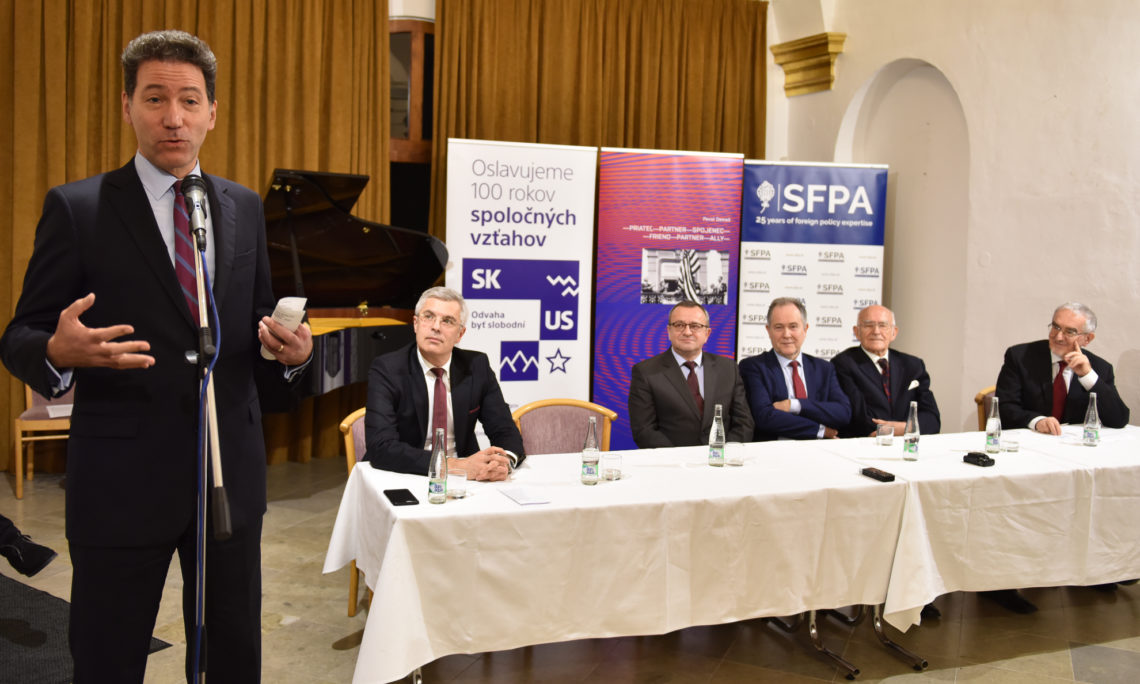 Ambassador Sterling and acting Foreign Minister Ivan Korcok headlined a launch ceremony for Friend, Partner, Ally, a book authored by former Slovak Minister of International
Relations Pavol Demes chronicling 25 years of U.S.-Slovak diplomatic relations. Approximately 120 people attended the event, including two former Slovak Ambassadors to
the United States, prominent NGO leaders, and a wide variety of contacts from the business, education, cultural and diplomatic communities. In his remarks, acting FM Korcok
stressed the enduring mission of creating a Europe whole, free and at peace while noting ongoing challenges to this goal, including fighting in Ukraine’s Donbas. Ambassador
Sterling noted the strong people-to-people ties that provide the solid foundation of our partnership, recognizing several people in the room who had contributed to our
relationship. Multiple print and broadcast outlets covered the ceremony, which was the third event the Embassy has held in ten days commemorating the 25th anniversary of
U.S.-Slovak relations.