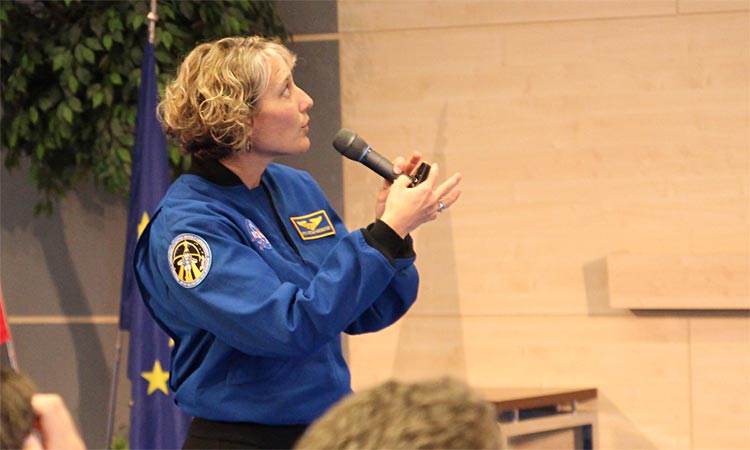 Former NASA astronaut and science teacher Dorothy Metcalf-Lindenburger spoke to a capacity crowd of 670 high school students on “Dare to Dream” at Bratislava’s Economic University on Thursday, September 28. Later that evening she held a talk and question session with approximately 150 space enthusiasts at the Slovak National Gallery’s café. This morning, September 29, she spoke at a Youth Advisory Council session hosted by Ambassador Sterling on women in STEM. Media engagements included an appearance on RTVS’s morning radio show, television interviews for RTVS, TV Markiza, and news outlet TA3, as well as interviews with multiple print outlets. Ms. Metcalf-Lindenburger is visiting Slovakia and the Czech Republic as an IIP speaker and will have multiple additional speaking and media engagements during her stay in Slovakia from September 28-October 3.