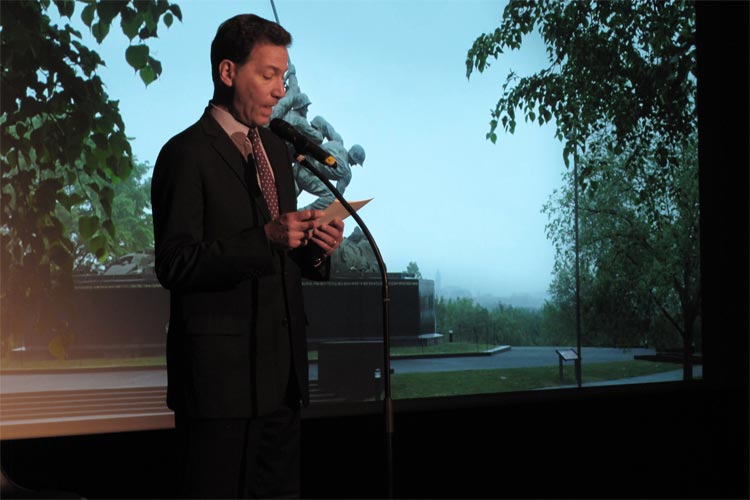 “He was a strict commander who required discipline. But he also had a big heart, and he loved fun. If there was laughter, Michal was guaranteed to be there.” This is how one of U.S. Marine Corps Sergeant Michal Strank’s former colleagues described him in a documentary about Strank’s life. Strank was a Rusin, who emigrated to the United States with his parents at a young age. During World War II he was the Commander of a U.S. Marine Corps expedition that fought on the strategic island of Iwo Jima in the Pacific. He led a squad of six Marines who raised the American flag over Iwo Jima on February 23, 1945. A photo of this event spread around the world and ultimately won the Pulitzer Prize.

The Embassy partnered with documentary film maker Dusan Hudec to create this documentary film about Strank, which was also sponsored by Slovak National Television (RTVS). Hudec incorporated footage from final moments of the fighting in the Pacific during World War II and from three eastern towns near Michal’s birthplace. And in March, he joined Embassy representatives to view and discuss the film. At screenings in Kosice and Stara Lubovna, the audience’s applause was loud. Ambassador Sterling also delivered opening remarks at the screening in Kosice, noting the long history of personal ties between our countries and the importance of Slovakia’s membership in the transatlantic community and NATO.

Audiences across Slovakia will be able to watch the documentary on RTVS Channel 2 in May, when it makes its world premiere.