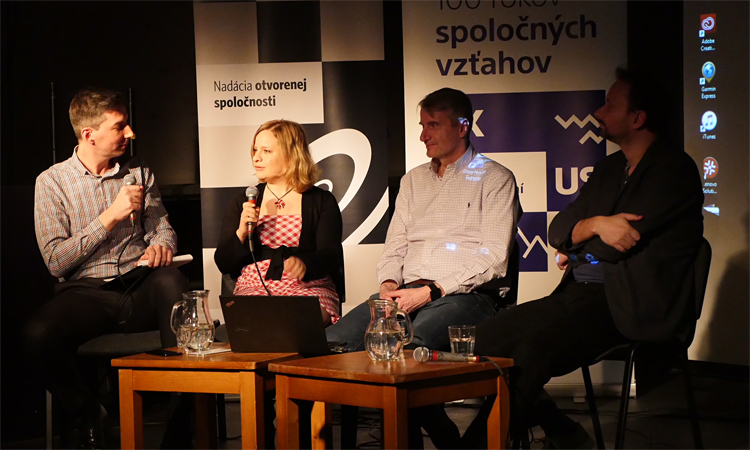 As part of our popular “Face2Face” public discussion series, Embassy Bratislava partnered with the Open Society Foundation to host a discussion titled “My American story” with three Slovaks that spent significant time in U.S. Guests included renowned chemist Robert Mistrik, Slovak “marsounaut” Michaela Musilova and lawyer and teacher Matej Sapak, who studied at Harvard. The guests highlighted the ways that their time in the United States changed their thinking and allowed them to build successful careers in Slovakia. Guests highlighted the United States “entrepreneurial spirit” and the importance of persistence. This event is part of our ongoing efforts to celebrate Slovakia’s twenty-fifth anniversary and the centennial of the founding of Czechoslovakia, focusing on people to people ties between the United States and Slovakia. “My American Story” events will be held throughout the country, with an event scheduled for April in Nitra.