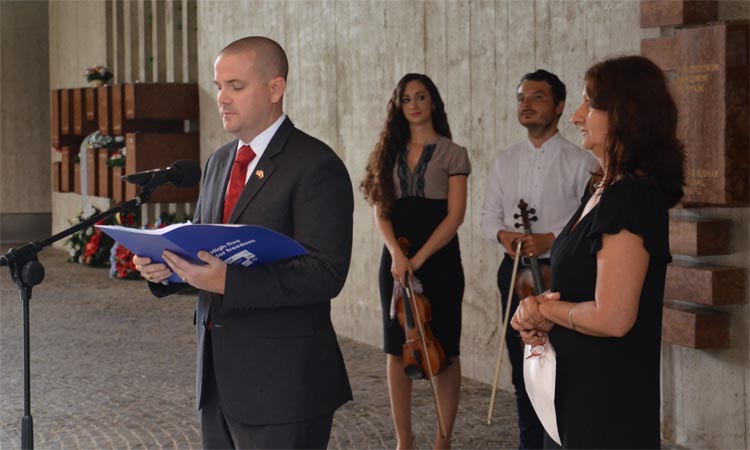 August 2 marks Roma Holocaust Remembrance Day on the anniversary of the Nazi’s execution of approximately 3,000 Roma prisoners (mostly the elderly, women, and children) at Auschwitz. The Embassy Spokesperson Griffin Rozell laid flowers at the annual August 1 “Ma bisteren!” remembrance event at the Slovak National Uprising Museum in Banska Bystrica, saying: “we must learn from the tragic lessons of our history and stand upright and unafraid on the side of oppressed minorities.” A representative of Banska Bystrica’s regional government attended the ceremony for the first time in its five year history; event organizer Zuzana Kumanova noted that this was possible after democratic candidate Jan Lunter defeated former neo-Nazi incumbent and People’s Party-Our Slovakia leader Marian Kotleba in November 2017 elections.