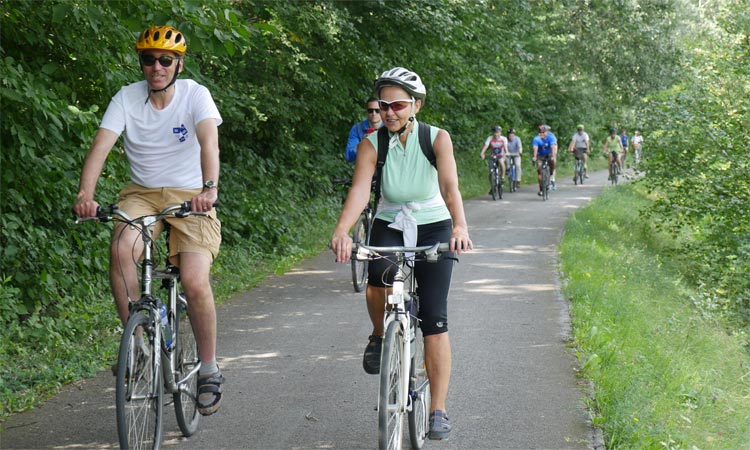 On July 19, Ambassador Sterling led a diplomatic peloton, with participants from the U.S., European and Asian embassies as well as the Slovak Ministry of Foreign Affairs, on a twenty-five kilometer bicycle tour to commemorate Slovakia’s twenty-fifth anniversary as well as the 138th anniversary of the birth of Slovak hero M.R. Stefanik. Stefanik played a key role in the founding of the first Czechoslovak Republic in 1918; Ambassador Sterling remarked that “Stefanik is a great Slovak example of a person who had the courage to be free and to create an independent state for Czechs and Slovaks.”