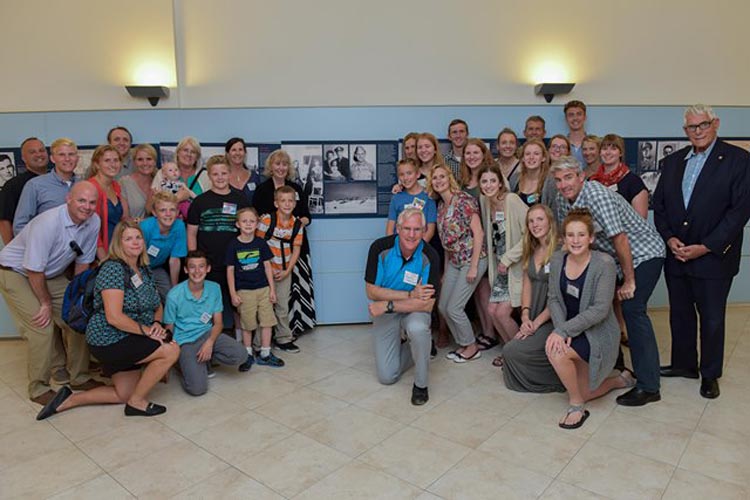 Thirty-eight descendants of WWII OSS Agent Captain Edward Baranski visited Slovakia to learn more about his mission during the Slovak National Uprising (SNP). Captain Baranski was part of a cohort of OSS Agents sent to Slovakia in late 1944 to aid the Uprising and assist U.S. airmen downed over Slovakia. Baranski was helped by ordinary Slovaks, but his story ended in tragedy when he was captured by Nazi forces, sent to Mauthausen concentration camp, and executed. The Embassy welcomed the family to Bratislava on July 13, provided them with a briefing on U.S.-Slovak relations, and took them to the InfoUSA Center to view a poster show recounting the story of U.S. assistance to the SNP, including specifics on Baranski’s mission.

On July 15, the Embassy organized a wreath laying ceremony and commemoration event at Sliac Air Field in cooperation with the Slovak Armed Forces and the Indiana National Guard 122 Fighter Wing, which was training with their Slovak counterparts at Sliac. Over 120 people attended the commemoration event, including a Slovak honor guard, members of the 122nd Fighter Wing, a military band, and high-ranking Slovak military officials. The ceremony was capped with a perfectly-timed flyover by two American A-10s and a Slovak Mig29. Afterward, the family visited a static display of U.S. and Slovak aircraft, and CDA Wasley and members of the Lund family were able to talk about our shared history with members of the media.