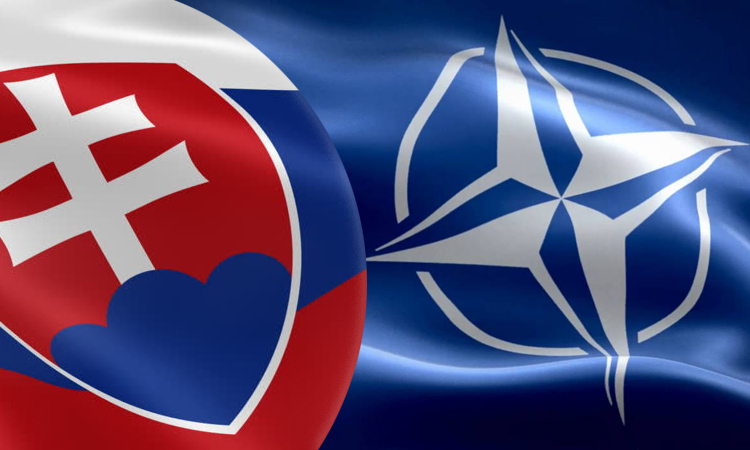 As Slovakia approaches the 25th anniversary of its independence, it can count its decision to join NATO as an essential element of its impressive success, both until now and well into the future. Slovakia chose a future with NATO not long after gaining its independence primarily to secure the sovereignty and freedom that it had struggled so long to achieve. The unprecedented economic growth and prosperity that Slovakia has enjoyed would be unimaginable without the confidence that NATO membership inspires in its long-term stability.

But NATO membership brings solemn responsibilities as well as benefits, especially today. Security challenges both within Europe’s borders and beyond require NATO Allies to be fully capable of working together and ready to respond to any threat.

Our more recent bonds as Allies within NATO reinforce the ties of shared history and values that have long united the United States and Slovakia. The defense relationship between our countries is strong. Through Slovakia’s partnership with the Indiana National Guard, Slovak and American troops have trained together for disaster response, countering chemical attacks, and in a host of other exercises. Within NATO, Slovakia participated in exercises this summer in Latvia with the deployment of its Stefanik Task Force, and it facilitated the movement of Allied troops along NATO’s eastern flank as part of the Saber Guardian exercise. Last summer, Slovakia enhanced its operational effectiveness in NATO by launching a NATO Force Integration Unit. The NFIU, which is responsible for coordinating the movements of NATO forces across the Alliance, is commanded by a Slovak officer and is primarily staffed by Slovak military personnel but we are proud three American military members serve as part of this team.

In addition, Slovakia continues to pursue its much-needed military modernization program, and this summer the Ministry of Defense took delivery of the first two of nine Black Hawk helicopters purchased from the United States. This has been the largest defense procurement in Slovak military history, and it demonstrates the seriousness of Slovakia’s intention to provide its personnel with the best equipment available.

Yet, Slovakia urgently needs to continue updating its military equipment to improve its own capabilities to defend itself and to fulfill its commitments to the Alliance. We welcome the recent government decision reaffirming its earlier commitment to its NATO Allies to increase defense spending to 1.6 percent of GDP by 2020. Much of this spending will go toward the modernization of the Slovak Armed Forces with equipment that is interoperable with its NATO Allies.

These modernization decisions must be made with care for choosing the best equipment for Slovakia’s needs. Yet time is of the essence. Delays in defense procurements may cause Slovakia to miss its spending targets while further extending its reliance on aging Soviet-era equipment. It is particularly important that Slovakia carry out its role in the air defense of NATO’s eastern flank with modern, Western manufactured, NATO-interoperable equipment.

I am encouraged by our strong history of military cooperation and confident that Slovakia will make timely decisions that improve its capabilities and ensure its effectiveness. By doing so, a strong, sovereign Slovakia will improve its own security and stability and that of its NATO and European partners.