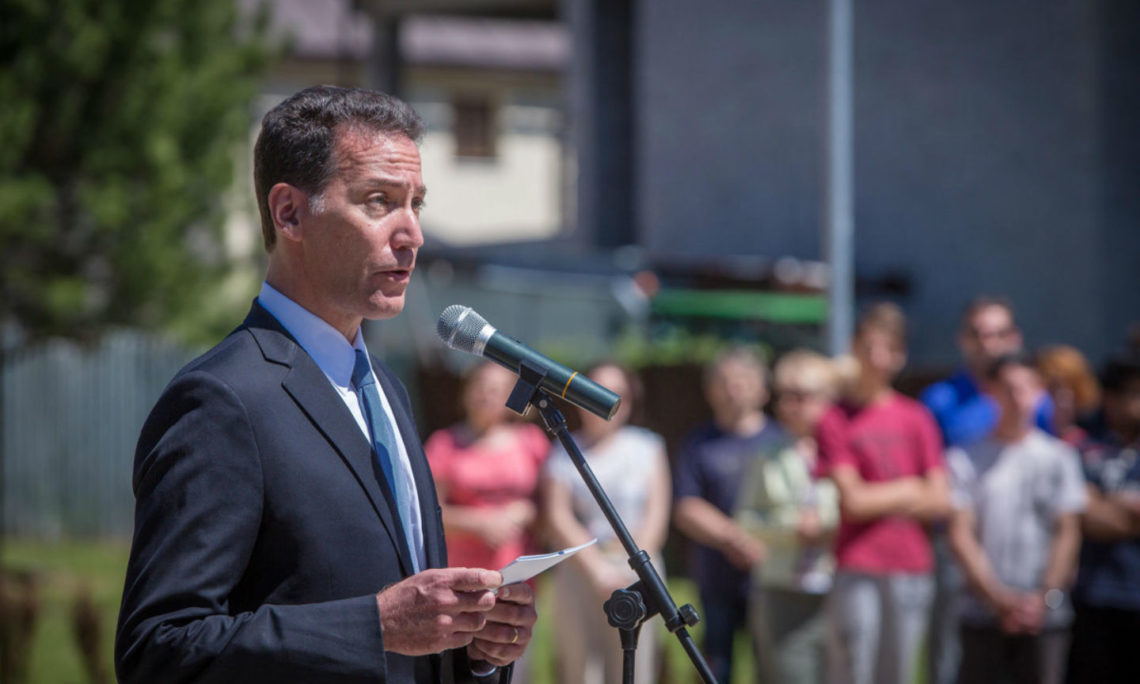 On my recent trip to the United States I met with people across the country, from New York to Pittsburgh to San Francisco, who care passionately about Slovakia.  I met descendants of 19th century immigrants, Czechoslovaks who left in the 1960s, Slovaks recently arrived in Silicon Valley, and Americans long committed to strong partnerships with Slovaks.  In their own way, each embodies the multi-faceted relationship between the United States and Slovakia as friends, partners, and allies.

Our citizens share a long history tracing back to the American Revolutionary War when a Slovak Major, Ján Ladislav Polerecký, fought alongside George Washington to win America’s independence.  Then in the 19th century, hundreds of thousands of Slovaks immigrated to the United States in search of new opportunities.  I spoke in Pittsburgh to a large group of their ancestors, including university students who are studying Slovak today.  It was an honor to be in the city where Czech and Slovak immigrants signed the 1918 Pittsburgh Agreement that paved the way for the first Czecho-Slovak state.  I was impressed by the strength of Slovak-Americans’ continuing ties to Slovakia, even after several generations.  The first-generation immigrants in America are likewise giving back, even after half a century.  In New York, the preeminent biomedical researcher Dr. Jan Vilcek told me about his philanthropic foundations, which seek to raise awareness of the contributions of immigrants to American society and to support medical research.

For their part, younger Slovaks in New York and Silicon Valley are partnering with Americans to realize innovative new technologies.  Juraj Holub and Kristina Kralikova, who represent the Slovak firm Sli.do in New York, told me how their company’s technology allows audience members to interact at meetings and events in real-time.  I also met with Slovak entrepreneurs working for many of the best-known firms (e.g., Amazon, Facebook, Google) and on startups in Silicon Valley.

I also stopped in Indianapolis to visit the Indiana National Guard, which has cooperated with our allies in the Slovak military for over 20 years through the State Partnership Program.   I explored ways that we can leverage this partnership to build even stronger ties between the United States and Slovakia, including in civilian areas such as education.

Our countries face similar challenges, and when we tackle them together we can be more effective.  In Indiana, I visited two universities to discuss ways that the United States experts could support Slovakia’s education reform efforts.  This could take the shape of establishing faculty exchanges or assisting Slovak universities in tailoring their recruitment and programs to better align with the needs of the Slovak job market.  Reform of the U.S. educational system remains a passionately debated work in progress.  But our experience grappling with education reform could prove useful in preparing workers for a knowledge-based economy.  It might also better prepare citizens to reject extremism and rally behind the liberal values that underlie successful democratic societies.

Now that I’ve had a chance to learn more about the experiences of Slovaks in my own country, I’m eager to develop the new ideas I heard and the connections I made.