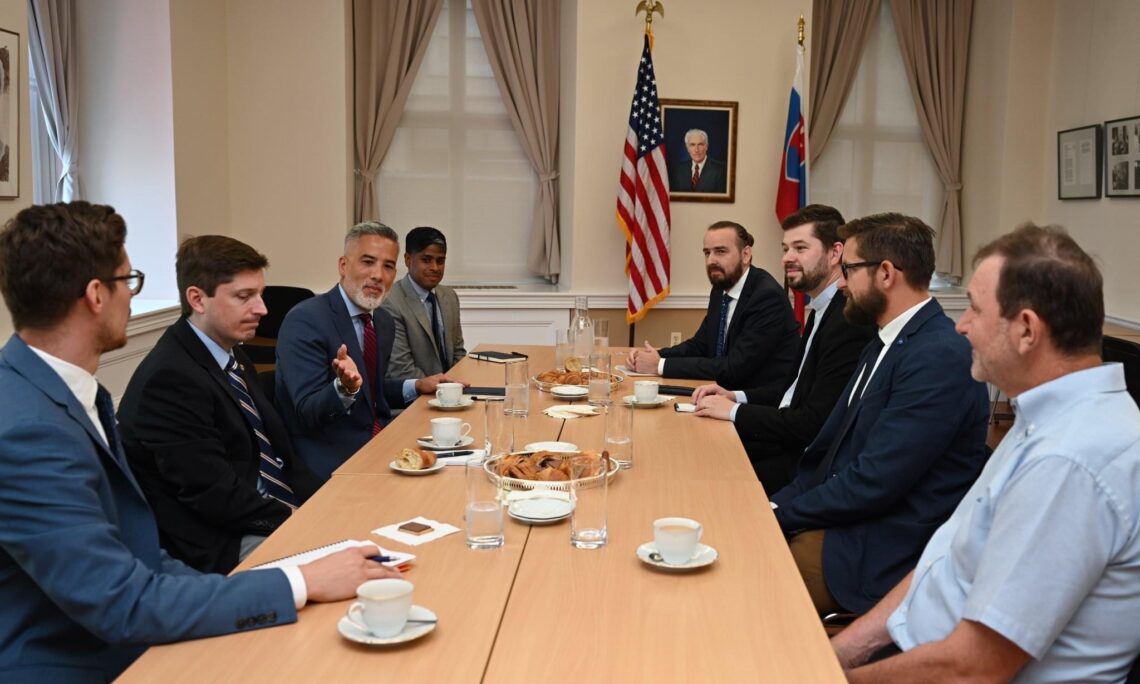 On June 2, Secretary Blinken released the 2021 Report on International Religious Freedom (IRFR), after which the Embassy hosted a meeting to learn about the work and efforts of different religious representatives and other public figures, and to affirm our continued dedication to promoting religious freedom and tolerance. There are 18 registered religious groups in Slovakia, but many are excluded because of the laws.

Chargé d´Affaires Nicholas Namba noted that, “Respect for religious freedom and religious tolerance are fundamental democratic values. People can live to their fullest potential only in societies where each person is free to choose and practice their religion. It was my privilege to host a group of practitioners and experts who strive to make Slovakia such a place, addressing challenges many religious groups and believers face, including restrictive religious registration laws and religious intolerance.”

IRFR can be found here.