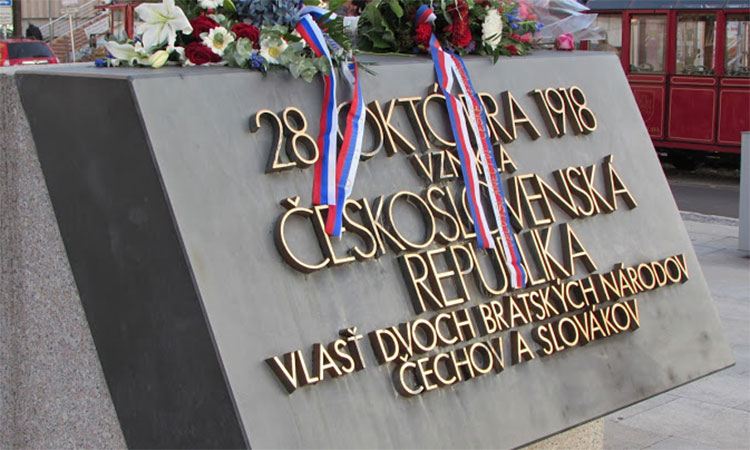 One hundred years ago today, representatives of Czechs and Slovaks living in the United States came together in Pittsburgh, Pennsylvania and signed the “birth certificate” of the first Czechoslovak Republic. The document, primarily authored by T.G. Masaryk, is elegantly simple and clear in its intent: that the Slovaks and Czechs would endeavor to form an independent democratic republic, that the rights and identity of Slovaks would be respected, and that Czechs and Slovaks in the United States would help make the new republic a reality.

The Pittsburgh Agreement and the hard work of its signatories, as well as other Slovak patriots such as Milan Rastislav Stefanik, serve as enduring lessons for us even today.

First, it shows the power of ordinary people to take control of their political destiny. The Slovaks and Czechs who came together in Pittsburgh realized that ordinary people of good will and courage had to work together to make their dream of a free, democratic homeland in Central Europe a reality. Today, ordinary Americans and Slovaks must follow their example and continue to build upon our predecessors’ hard-won victories to nurture our enduring friendship and Slovakia’s ongoing development as a free, prosperous, and sovereign nation.

Second, the Pittsburgh Agreement demonstrates the deep and enduring ties and shared values between the people of Slovakia and the people of the United States. It is no coincidence that the creators of the first democratic nation in Central Europe were inspired by the principles and founding documents of the United States. The expatriate communities who worked for the creation of a democratic Czechoslovakia had personal experience with the blessings of freedom, and sought to extend those same benefits to their compatriots in Europe. They did so with the full support and assistance of the United States, which endorsed a free and democratic Czechoslovakia as point ten of Woodrow Wilson’s famous “Fourteen Points” in January of 1918.

The Pittsburgh Agreement teaches us that for at least one hundred years, Slovaks have sought to fully participate in and contribute to the transatlantic community of western democracies. It also shows that from the beginnings of democracy in Central Europe, the United States has stood with the people of Slovakia as a friend, partner, and ally. All this year, we are celebrating the centennial of the first Czechoslovak Republic and twenty-five years of Slovak independence with the motto “the courage to be free.” We have inherited an impressive legacy of courage from our predecessors, and Slovakia today is more prosperous, free, and secure than at any point in history. It now falls to us to build upon past accomplishments and create an even brighter tomorrow for future generations of Slovaks and Americans.