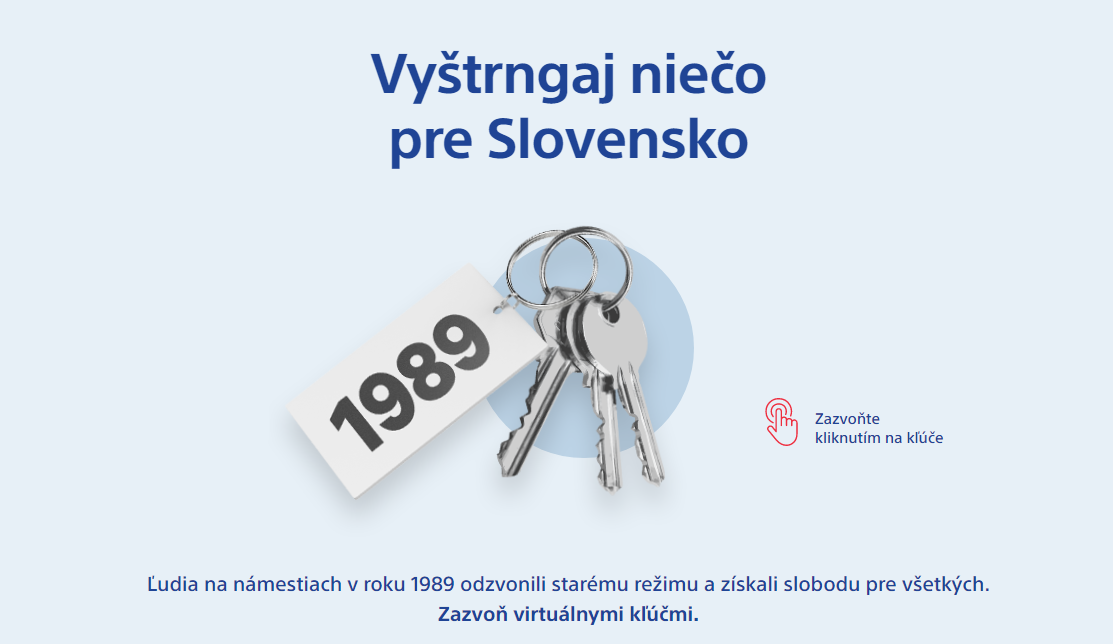 The U.S. Embassy in Slovakia has launched a campaign calling on Slovaks to jingle their keys to celebrate the Velvet Revolution of 1989 and the freedoms it brought to Slovakia. As both countries commemorate the 30th Anniversary of the Velvet Revolution and the Fall of the Berlin Wall, the campaign celebrates the “Courage to be Free” that unites Slovakia and the United States.

According to Ambassador Bridget Brink “We are remembering exactly what freedom means to us – the freedom to speak, the freedom to travel, the freedom to follow your dreams, and so much more.  It’s important to celebrate what Slovakia accomplished in 1989, and what we can do together when we share the Courage to be Free.”

The Embassy collaborated with seven well known figures to create a series of videos that express different forms of freedom. Campaign ambassadors include actress Emília Vášáryová, jazz musician Martin Valihora, rapper Tono S., influencer GoGo, doctor and travel agency founder Ľubomír Fellner, historian and YouTuber Sandra Sviteková (Dejepis inak), and comedian Jano Gordulič. Viewers can watch them speak about November 1989 on our website, www.odvahabytslobodni.sk and virtually “jingle their keys.”  If enough viewers jingle their keys, they will unlock something special for all of Slovakia! Find out more on November 13, 2019. Videos will also appear on Facebook, Instagram, and YouTube.

As Martin Valihora says in his video, “the bravest are the people who think independently, who take responsibility.  People who are not afraid.  Men and women of action!”

Celebrate the legacy of November 1989 by taking action for yourself and Slovakia – jingle the keys at www.odvahabytslobodni.sk

This campaign is carried out in partnership with Cinemax theaters.