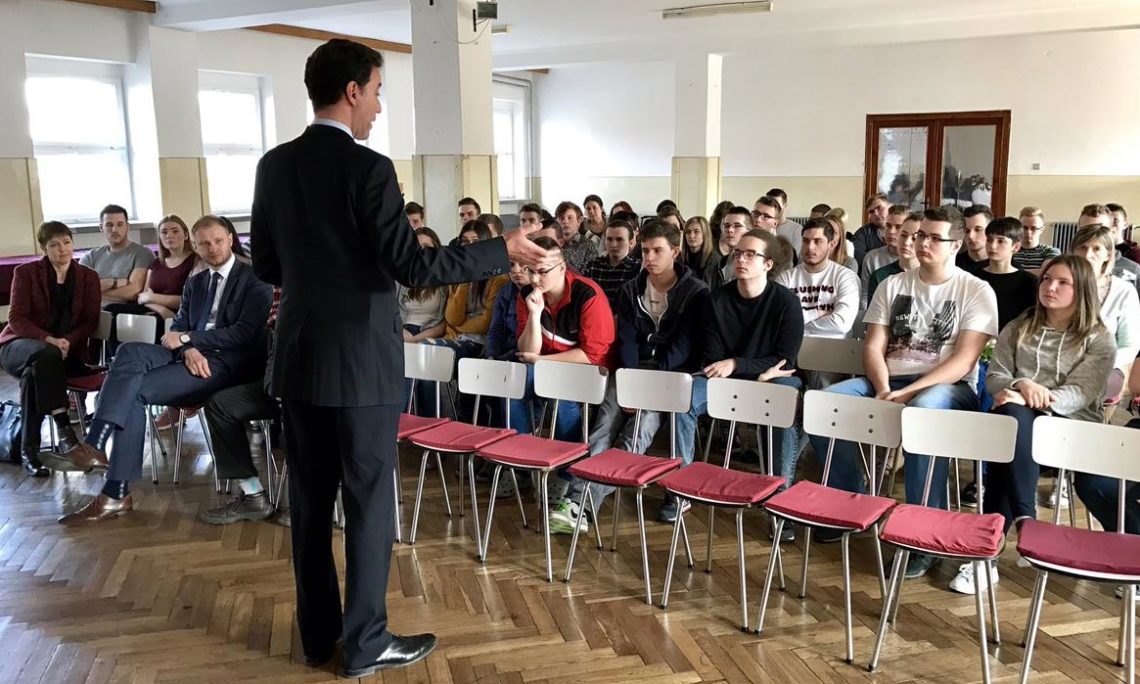 In the town of Velky Krtis in southern Banska Bystrica province, the Ambassador spoke to 60 high school students about his personal encounters with intolerance and anti-Semitism on March 16. Responding to questions from the audience, the Ambassador noted the shared commitment of the United States and Slovakia to the values of tolerance and diversity, and stressed the importance of Roma integration efforts. Additionally, the Ambassador shared the life story of IIP anti-extremism speaker Christian Picciolini, who has visited Slovakia three over the past year to recount being recruited into a neo-Nazi skinhead group and then eventually leaving the movement and creating an organization, “Life After Hate,” which helps others leave extremist groups. After the talk, the Ambassador distributed 60 copies of Picciolini’s biography, “Romantic Violence: Memoirs of an American Skinhead.”