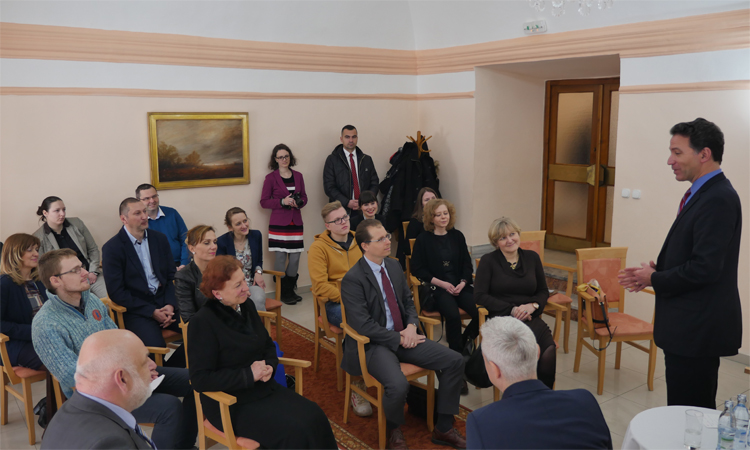 Ambassador Sterling traveled to Banska Bystrica, Poprad, Kezmarok and Stara Lubovna from February 28-March 2. In Banska Bystrica, he met with regional Governor Jan Lunter and discussed the governor’s agenda for the region following his recent election. The Ambassador also participated in a town hall with local community activists, students and business representatives, to discuss the ongoing fight against intolerance and extremism as well as local reaction to the recent murder of investigative journalist Jan Kuciak. At the SNP Museum, Ambassador Sterling delivered opening remarks at the screening of a documentary film about Slovak-American Michal Strank, who famously led the group of Marines that raised the American flag over Iwo Jima on February 28, 1944. The Ambassador concluded his visit to Banska Bystrica with a tour of the Alfa Bio factory to learn about Slovakia’s #1 producer of tofu products.