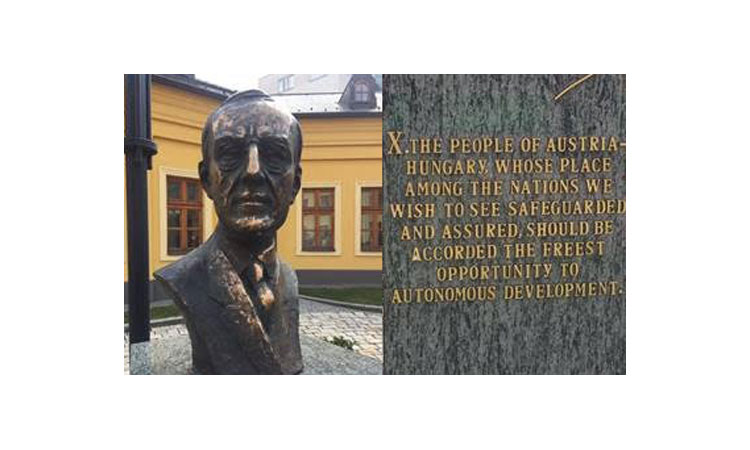 Ambassador Sterling and Minister of Foreign Affairs Lajcak unveiled a bust of President Woodrow Wilson on the grounds of the Slovak Ministry of Foreign Affairs (MFA) on May 18. Wilson’s inclusion of self-determination for the peoples of the Austro-Hungarian Empire played a key role in the creation of the first independent, democratic Czechoslovakia. Minister of Foreign Affairs Miroslav Lajcak cited Wilson’s personal relationship with first Czechoslovak president T.G. Masaryk and his calls for open diplomacy and equality between nations. Sterling highlighted the shared values that bind the United States to Slovakia and Central Europe. The statute, which was funded with contributions from the U.S. Embassy as well as senior MFA diplomats, stands in the courtyard of the MFA’s diplomatic reception palace.