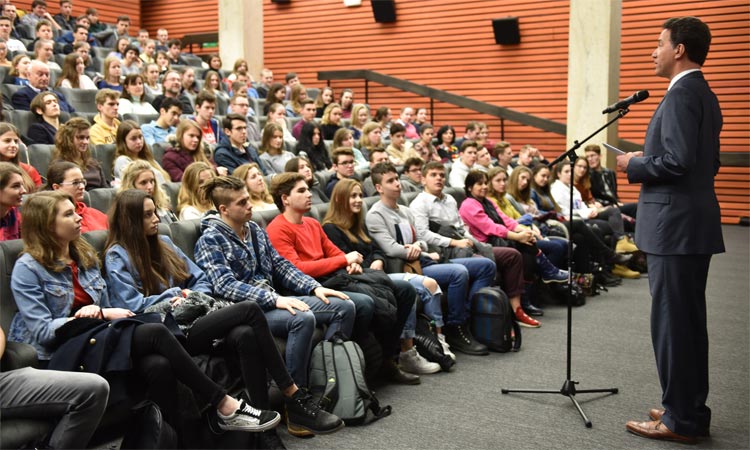 Ambassador Adam Sterling delivered opening remarks at a screening of “The Boy Who Wanted to Be President”, a documentary about a Slovak-American Marine and Iwo Jima flag-raiser, at Bratislava’s Kino Lumière on February 23. Sterling told the story of first-generation Slovak-American Michal Strank and spoke about the deep personal connections between the U.S. and Slovakia. After the film, which was produced with support from a U.S. Embassy grant, director Dušan Hudec held a discussion with approximately 180 students who attended the screening. The film will also be screened today in Nitra and on February 28 in Banská Bystrica.