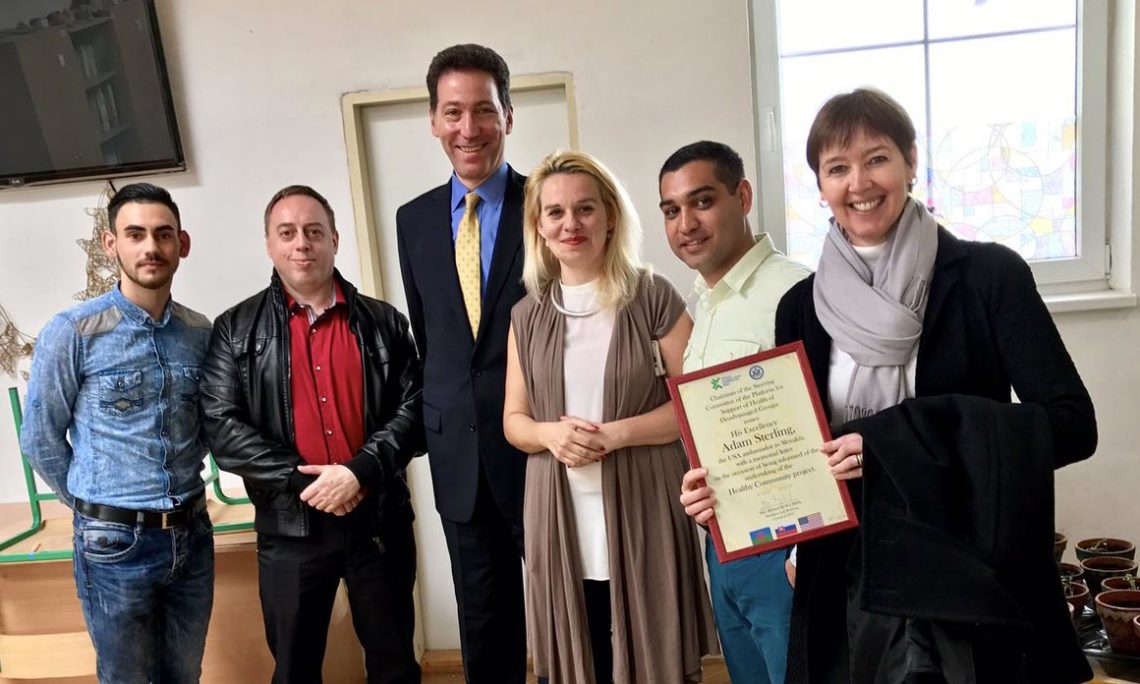 On March 14 to 16, Ambassador Sterling visited Kosice, Moldava nad Bodvou, Rimavska Sobota, and Velky Krtis during a trip devoted largely to Roma and anti-extremism issues. The Ambassador visited the Romani community in Kosice’s Lunik IX district, home to one of the largest marginalized Romani communities in Slovakia, and the marginalized Budulovska settlement in Moldava, the site of a controversial June 2013 police raid. In both locations, the Ambassador met Romani volunteers and coordinators of the joint civil society and government Healthy Community initiative, which promotes vaccination and general health awareness in underprivileged communities. In Slovakia’s underdeveloped and largely Hungarian-speaking Gemer region, the Ambassador met with a group of five Romani mayors that have set up their own regional development organization and have benefitted over the years from DRL-funded National Democratic Institute (NDI) political engagement and community organizing training. In Rimavska Sobota, the Ambassador met with recipients of an ECA Alumni Engagement Innovation Fund grant, who designed a youth-focused entrepreneurship mentoring program which includes both Romani and non-Romani participants.