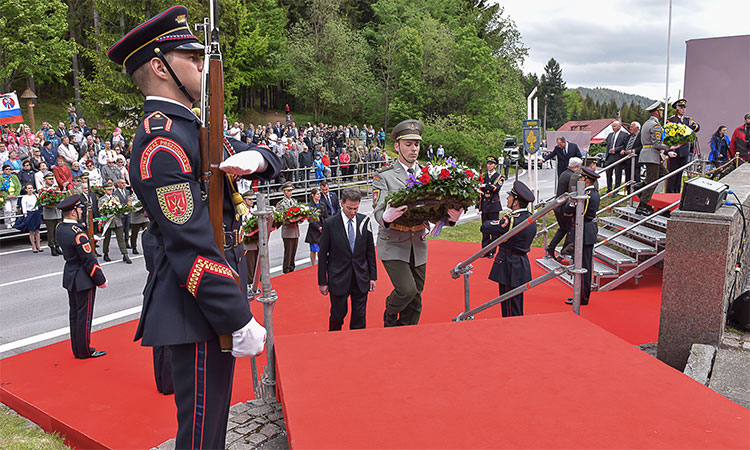 Ambassador Adam Sterling laid a wreath together with Slovak president Andrej Kiska and other host country and foreign representatives at the Makov War Memorial on May 8 to commemorate the end of World War II. The Makov War Memorial, near the border with the Czech Republic, commemorates the actions of a Czechoslovak guerilla brigade and a Soviet paratrooper group. On September 25, 1944, the brigade took part in one of the largest armed clashes with Nazi forces on the territory of the former Czechoslovakia.