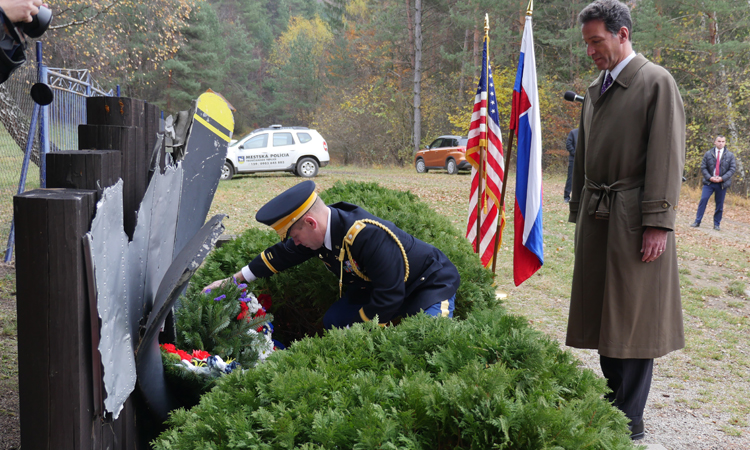 Ambassador Sterling and Defense Attaché Lieutenant Colonel Jonathan Dunn traveled to Trencianske Teplice for an annual ceremony marking the death of Corporal Roland Morin. In 1944 Corporal Morin served as the ball-turret gunner in a B-24 Liberator that flew across Slovakia from Italy on a mission to bomb a Nazi oil refinery located in modern-day Poland and died after German fighters downed his aircraft near Trencianske Teplice. The other crewmembers parachuted to safety and survived the war as POWs. The citizens of Trencianske Teplice pulled Morin’s body from the wreckage, gave him a burial, and have maintained a memorial at the site since the 50th anniversary of the crash in 1994. Local television covered the ceremony and the Ambassador’s remarks.