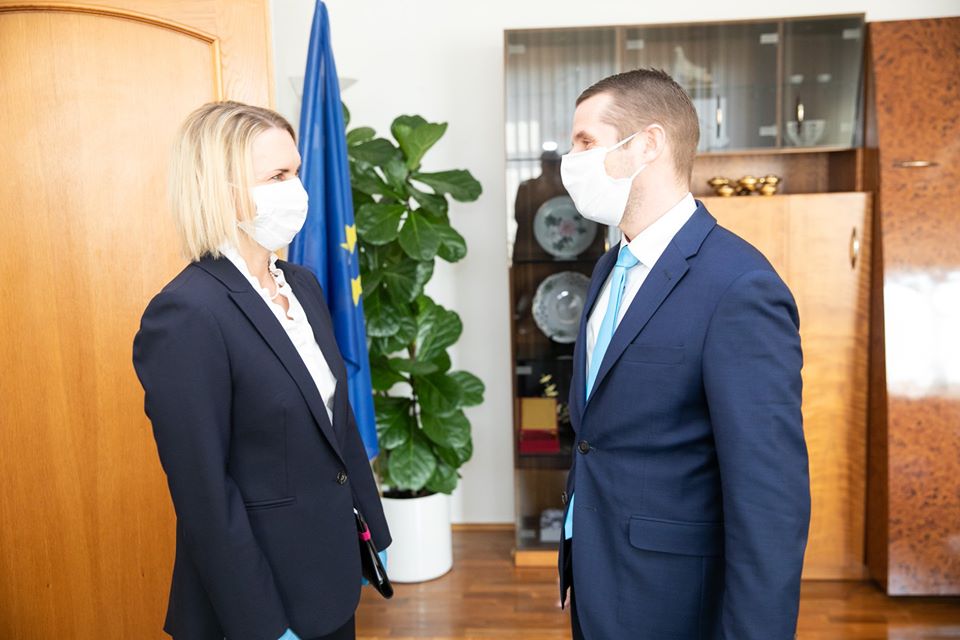 Ambassador Bridget Brink met with members of the new Slovak government during the first week of April. The Ambassador met with Martin Klus, State Secretary of the Ministry of Foreign and European Affairs of the Slovak Republic, as well as Defense Minister Jaro Naď – OĽANO (the Ordinary People and Independent Personalities Party).

“Excellent meeting with Defense Minister Jaro Naď – OĽANO. The US and Slovakia have been working together in the field of defence for a long time on the basis of common values and partnership within NATO. In today’s difficult times, we stand side by side and discuss how we can help each other as friends, partners and allies,” stated Ambassador Bridget Brink.

Ambassador Bridget Brink was satisfied with the meeting, saying, “I am very pleased to have met and discussed with Secretary of State Martin Klus today in his new role at the Ministry of Foreign and European Affairs.: