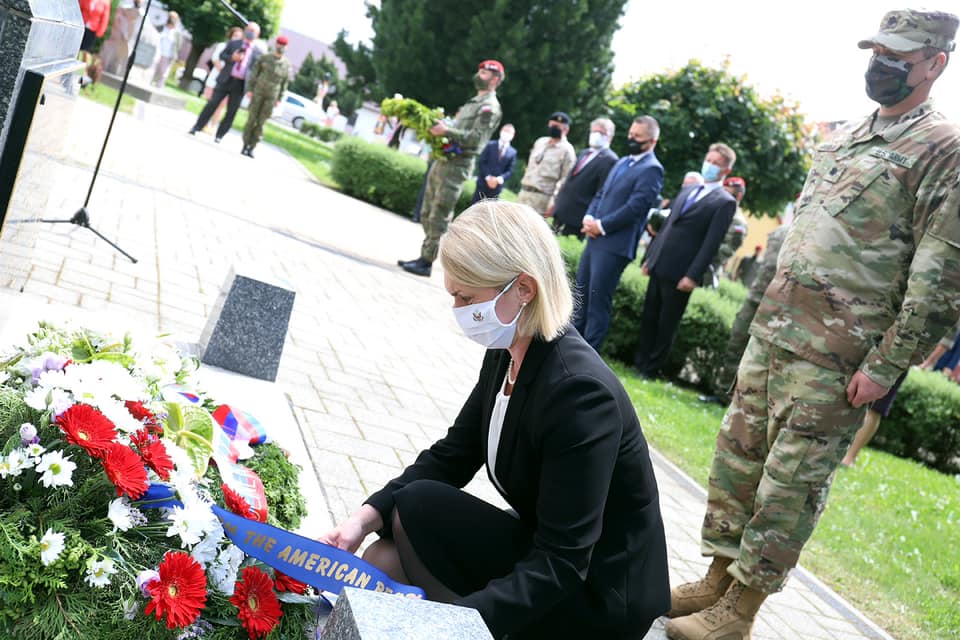 Ambassador Bridget Brink traveled to Polomka in Central Slovakia to honor fallen American, British, and Slovak fighters who were killed by Nazi forces in 1944.  Seventeen American and British operatives came to Slovakia to assist the Slovak National Uprising and aid downed Allied airmen and seventeen before their capture in the hills above Polomak and eventual execution at a concentration camp in Austria.

“Today we remember and honor the sacrifices of American and British special forces operatives who fought with Slovak partisans in the Slovak National Uprising, who were captured in these hills, and who were later tortured and executed in a Nazi Concentration Camp at Mauthausen in 1944,” said Ambassador Bridget Brink. “Just as Americans, Britons, and Slovaks fought together here in 1944, we will continue to defend our community of values as Friends, Partners, and Allies.”

Ambassador Brink laid a wreath at a memorial dedicated to the fallen Allied fighters together with Slovak Ministry of Defense State Secretary Marian Majer, U.K. Deputy Chief of Mission Andrew Wells, and representatives of the Slovak armed forces and local municipal governments.