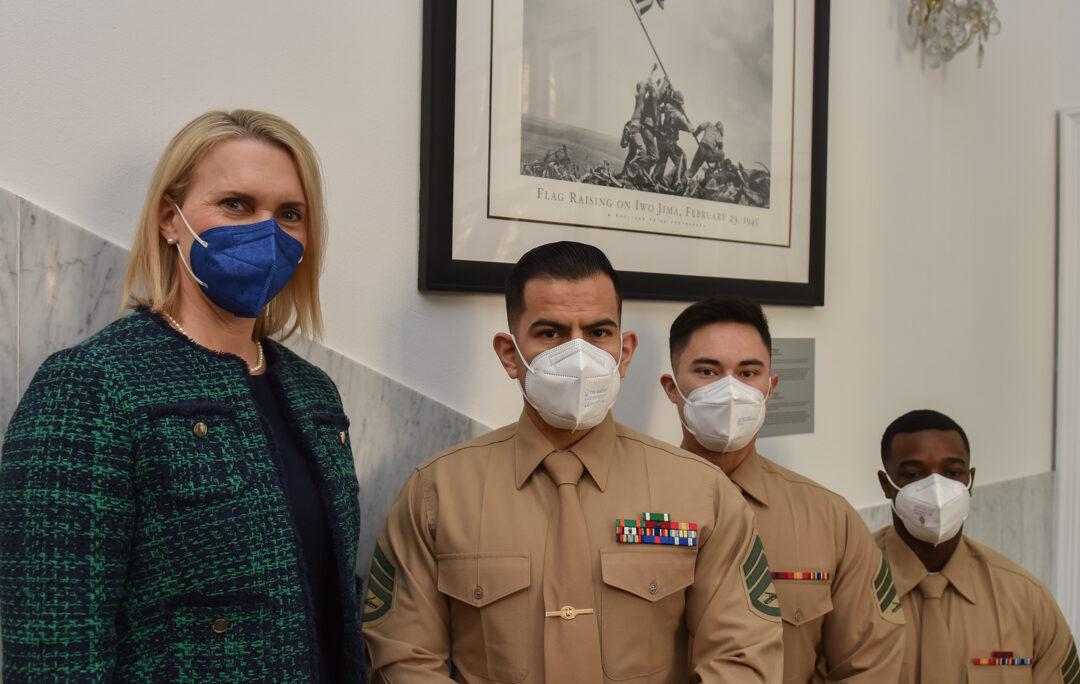 “On this 77th anniversary of the historic raising of the American flag at the battle of Iwo Jima, I see Michael Strank as the example of the strength and tenacity of the historic bonds that tie our nations together. He represents the heroism of our past, and the courage needed to face the future. As Slovak patriots united to defeat totalitarianism in the Slovak National Uprising, Strank’s legacy reminds us that the fight for freedom, truth and democracy can only be won with strong partners and allies. We see that today, just as clearly as we saw it in 1945 when Michael Strank stood alongside his five American brothers on that hill. I am honored to remember Sergeant Strank today as an unsung hero in the global fight for freedom and democracy.”  Ambassador Bridget Brink

Michael Strank was a Slovak-American U.S. Marine Corps sergeant, famously pictured as one of the six U.S. soldiers raising the U.S. flag on the Japanese island of Iwo Jima in 1945. A picture taken of the flag raising has become one of the most iconic pictures of World War II and served as the model for the Marine Corps Memorial in Arlington, Virginia.