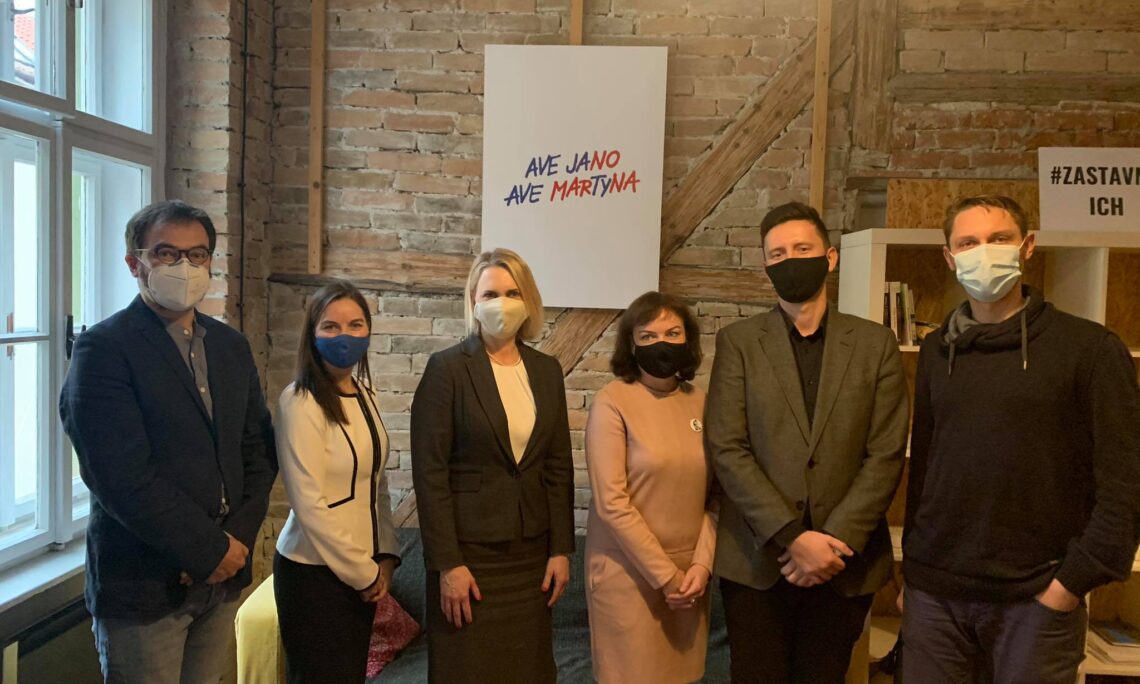 The brutal murders of  journalist Jan Kuciak and his fiancée Martina Kušnírová made international headlines in 2018, sparking the largest protests in the Slovak capital since the end of the Velvet Revolution.  Tens of thousands of people participated in anti-government protests accusing those in power of failing to tackle corruption. In the weeks that followed, the largest demonstrations since the fall of communism three decades ago led to the reconstruction of the government.

In highlighting the importance of combating corruption in Slovakia, today, on International Anticorruption Day, U.S. Ambassador Bridget Brink visited the an Kuciak Investigative Center (ICJK) to meet with the center’s director, Lukas Diko, and the head of the Stop Corruption Foundation, Zuzana Petková. The ICJK was founded following the  murder of the  journalist and supports investigative journalism, and unearths organized crime in Slovakia and illegal activities by Slovaks abroad. In the meeting, the group discussed the importance of investigative journalists, and free press, and support for the valuable work that both organizations do to combat corruption both in Slovakia and abroad.

The ICJK is a Non-Governmental Organization, operating exclusively through grants and donations. The U.S. Embassy supports their efforts through a small grant for anti-corrution focused projects in Slovakia.

At the meeting, Ambassador Brink commented that, “The murders of Ján Kuciak and Martina Kušnírová were met with shock and sadness in Slovakia and around the world. But that outpouring of grief also sparked a call to address corruption in Slovakia. Corruption knows no borders.  No country is immune. Corruption drains state finances.  It erodes democratic processes and the rule of law. It feeds political disengagement and the rise of disinformation. It destroys trust in our shared values.”

The United States stands with leaders and citizens in Slovakia and around the world who are fighting corruption, who are safeguarding institutions against bribery and malfeasance, and who are investigating fraud and abuses of power.