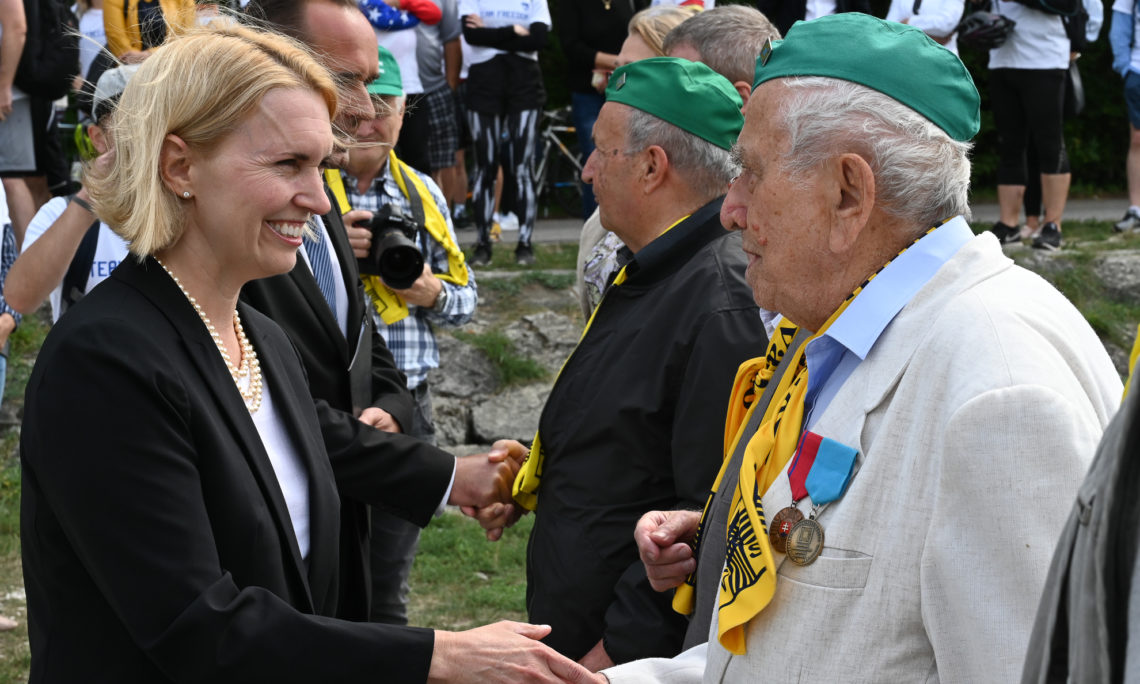 It is great to be in the Slovak Republic!

I begin my service as the United States’ Ambassador to Slovakia with deep appreciation for the efforts of those that have come before me. I have dedicated most of my twenty-plus year career as a diplomat to strengthening the transatlantic alliance.  From that experience, I am convinced that our shared values serve as the foundation of this partnership and the unprecedented era of peace and prosperity they have brought to Europe and the United States.  As I begin my tenure in this beautiful country, I look forward to traveling across Slovakia and to meet as many of you as possible.  I want to hear your views and perspectives, make new friends, and work with our partners within the government, civil society, and business community to strengthen our growing ties and the transatlantic bond.

The friendship between the United States and Slovakia spans over one hundred years and binds us together within the transatlantic community of democracies.  In 1918, groups of Slovak, Czech, and American friends joined forces to persuade President Woodrow Wilson to support the creation of an independent, democratic Czechoslovak Republic— creating the first democratic state in Central Europe and ushering in the modern era of transatlantic cooperation. In 1945, Slovak soldiers and partisans fought against Nazi occupiers, joining with the great transatlantic effort underway to defeat an ideology based on hate and oppression.  In 1989, Slovak dissidents filled the streets to demand an end to totalitarian rule and Soviet domination. And in 1993, Slovakia realized its aspiration for sovereignty as a democratic nation and soon thereafter freely joined NATO and the European Union.  The United States proudly stood by Slovakia as a friend, partner, and ally during that transition.

My own family history is inextricably linked to the defining conflicts that shaped the 20th century.   With two grandfathers who served in World War II, my experience as an exchange student in London, and a career that has focused on some of the remaining conflicts in Europe,  I am by professional experience and personal history deeply rooted in the Transatlantic bond.  The values of freedom, democracy, and rule of law together with respect for human rights and human dignity are the north star of my professional career.  These values have made our nations strong and prosperous.  I am honored to come to Slovakia during the 30th anniversary of the Velvet Revolution and the 15th anniversary of Slovakia’s accession to NATO.

In the twenty-six years since Slovakia’s independence the U.S.-Slovak partnership has expanded and strengthened.  Today, Slovakia enjoys an unprecedented era of security, sovereignty, and prosperity with membership in NATO and the European Union guaranteeing your hard-won freedoms.  In the spirit of friendship, I am honored to begin writing my own chapter, together with my talented team of Americans and Slovaks, to add to our shared story of freedom.