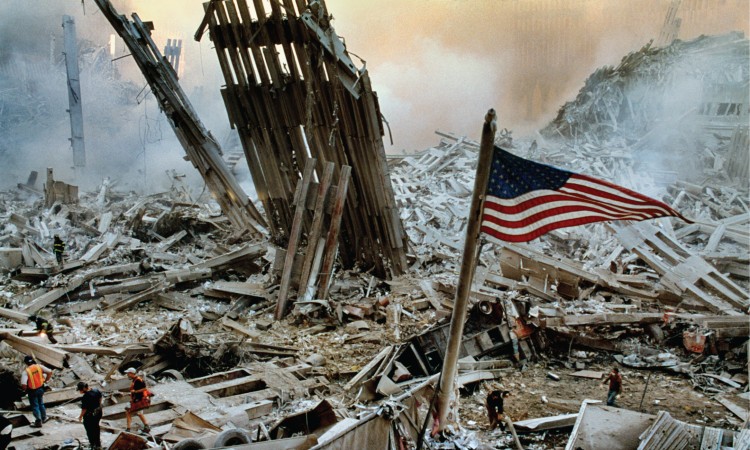 September 11th is observed as a National Day of Service and Remembrance in memory of the nearly 3,000 victims of the 9/11 attacks. Across the U.S., numerous events are held on this day to honor the loss of those at the World Trade Center, the Pentagon, and a field near Shanksville, Pennsylvania on Sept. 11th, 2001.

At the ceremony at Ground Zero, the names of all victims are read aloud, and moments of silence and tolling bells mark the time when the aircraft crashed into the WTC, and the Twin Towers fell.

But there has been growing awareness in recent years of the suffering of another group of people tied to the tragedy: firefighters, police and others who perished or fell ill after exposure to the wreckage and the toxins unleashed in it, as well as those who experienced psychological problems after the horrors they witnessed. First responders are heroes – those who run toward trouble when the rest of us run away. They are necessary and irreplaceable in every minor or major disaster around the world.

One of these heroes is firefighter James Manahan, who is visiting Slovakia between September 7-9 to commemorate the 20th anniversary 9/11. and to share his memories of that dreadful day. James was a member of the New York City Fire Department from 1978 until his retirement in 2014.

On September 11th, 2001, James was working as a Battalion Chief in Queens, New York. Shortly after the second tower collapsed, he was assigned to lower Manhattan and was the only Battalion Chief operating in lower Manhattan but not assigned to the World Trade Center. His duties involved supervising fire units outside the WTC. For the next 18 hours his team responded to 30 emergency calls, mostly searching for civilians in building and subways adjacent to the WTC. After being relieved, he worked 24 hour shifts at the firehouse, followed by 24 hours at the WTC. He did this for 10 days until it changed to 24 hours at the firehouse, 24 hours at the WTC, and 24 hours at home.

His duties while assigned to the World Trade Center involved supervising fire units at the WTC, looking for survivors…and then searching for victims. Even after his team realized that no survivors would be found, their mission focused on finding victims so family members could have closure.

To find out more about the events of 9/11, the U.S. Embassy is organizing an exhibition to commemorate the 20th anniversary of the attacks. The exhibition is open to public between September 7th-30th, 2021, directly in the front of the Embassy on Hviezdoslavovo Square.