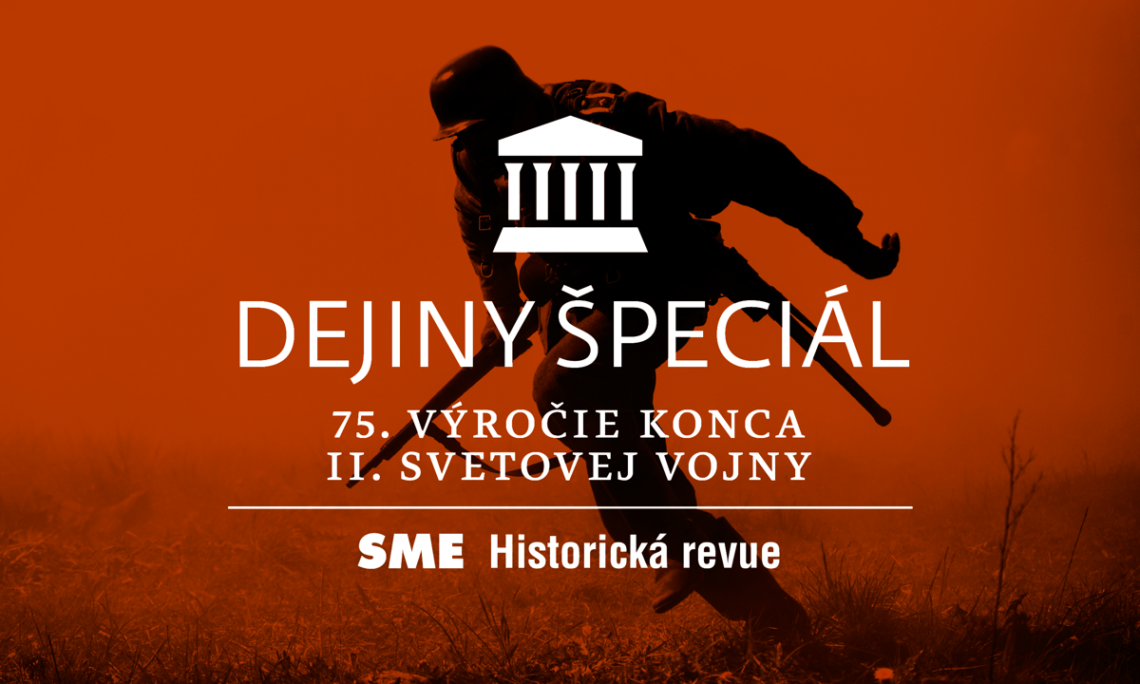 [Podcast only available in the Slovak language]

This special edition of SME’s Historical Podcast Special ‘Dejiny‘ is dedicated to the 75th anniversary of the end of World War II. The podcast is published in collaboration with and with the support of the Embassy of the United States of America in Slovakia. In six special episodes, Slovak and Czechoslovak history are addressed alongside the most important events from the end of the war. This series is prepared by Jaro Valent from the magazine Historická Revue. Every second Tuesday, he and his guests look at a unique war story.

NORMANDY 1944. DEATH WAITED ON THE BEACH AS FREEDOM IS PAID WITH BLOOD

D-Day, the landing of Allied troops in Normandy was one of the largest operations of World War II. Neither the weather nor chance was on thier side. Nazi Germany was far from being driven beyond the battle line by this defeat. What did the Allied road back across Europe look like? And who was the hero of this war? This week’s on SME’s Historical Podcast Special ‘Dejiny’, Jaro Valent from Historická Revue Magazine interviewed the U.S. Embassy’s military attaché Jakub Andrews and historian Marek Mešk from Masaryk University in Brno.